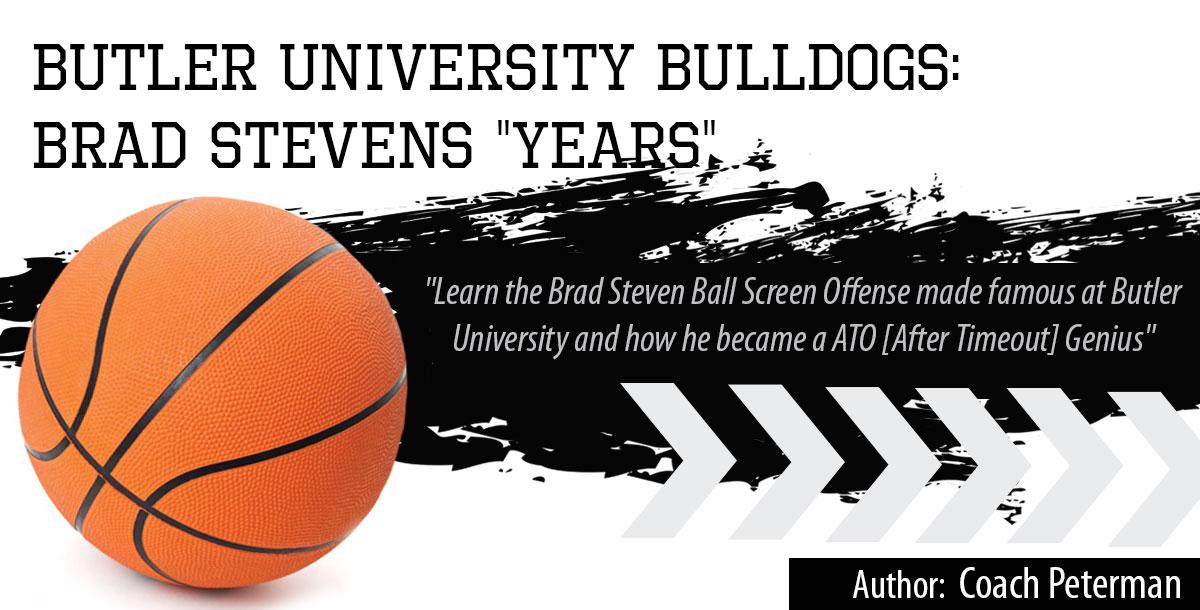 The making of Brad Stevens: Butler University to the Boston Celtics

But here’s the thing, the media consistently portrays Stevens as a coach of the “underdog”.

I’m not sure I agree.

How long can you consistently produce great results before people stop hanging the ‘underdog’ tag on you and just give you straight up kudos for being one of the best in the game?

Great coaches do great work with whatever tools they have at their disposal.

Such was the case when Coach Stevens was at Butler.

I lump Butler into the same category as Gonzaga (I will acknowledge the underdog theme here!)

People LOVE to see these two teams give the juggernaut teams fits.

And Stevens was the guy largely responsible for Butler’s consistently strong runs…taking them to two NCAA Championship Games during his brief six-year run there.

In Boston, he’s made the injury-riddled Celtics a perennial playoff team…

Known for his creative play-calling, he’s even been called an “ATO Genius”.

Seeing as I’m an obvious fan of the guy, I thought I would dig into how he got to be the coach he is.

I’ve done the research and put together an exhaustive playbook for you.

Here’s how I came at it…

7 major sections—each based upon a specific game.

Each section is about 20 pages of detailed play breakdown. (The exception is the Old Dominion game, which is shorter).

You’re gonna love the insight here into one of the freshest and most creative guys out there.

Value-wise.  This one’s a hell of a deal…I just had to do right by my guy!