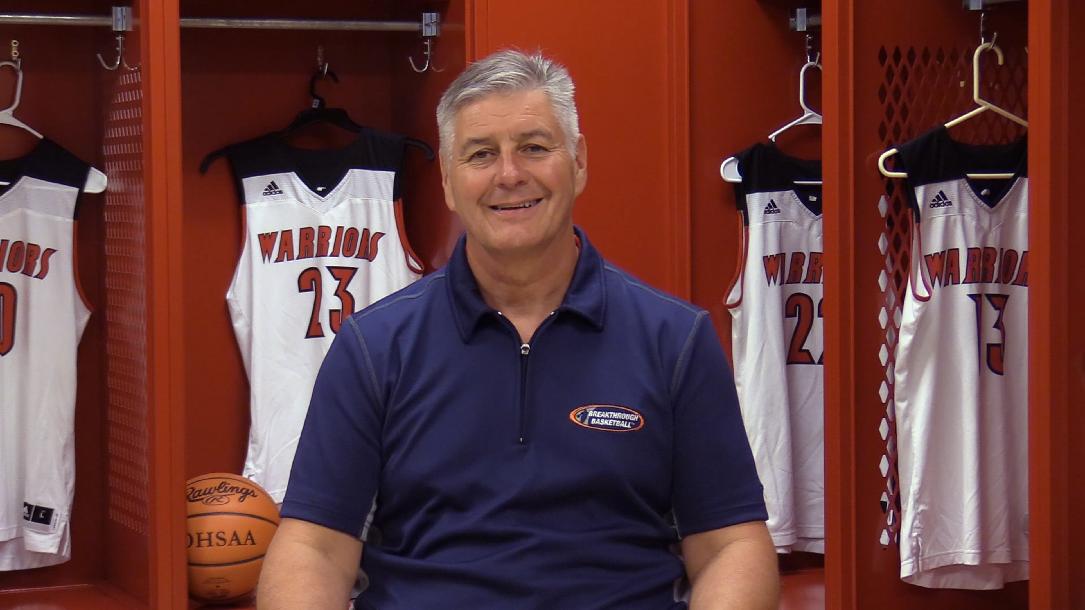 Coach Rob Beucler explains and demonstrates the skills and drills he uses with his team at Sardina HS in Ohio. He does a great job of teaching the skills his players need to compete at the highest level of basketball in Ohio.

Coach Rob Beucler has been at Eastern High School for 41 years.  He has coached 25 years of Varsity Boy’s Basketball at Eastern High School. Prior to that he coached 2 years of Junior High girls and then 14 years of freshmen and junior varsity boys (222-108 ) and helped as the varsity assistant.  He has accumulated  an overall Varsity record of 392- 181 going into this year.  He has  been honored as 5 time Coach of the SHL (SHAC) and the 2 Southeast District COY and has been Associated Press Ohio - Coach of the Year Division III in 2000.  During his coaching tenure they have won 8 league championships, 12  Sectional Titles, 4 District Titles, 1 Regional Title, and made a State Final Four appearance in 2002.
rob.beucler@elsd.us
@EHSWARRIORS1