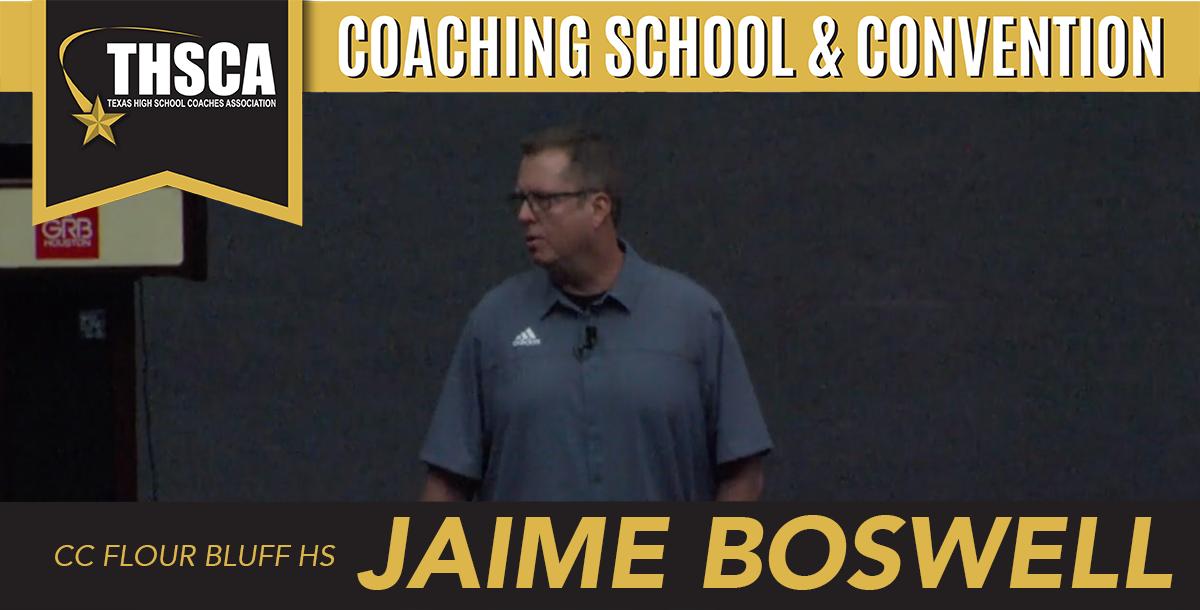 In this presentation, Coach Jaime Boswell discusses a variety of topics during the 2019 THSCA Clinic.  Topics include off season conditioning program utilzing teams and philosophy, pre season conditioning and program setup, offensive sets from half court for shooters, post up sets, as well as baseline and sideline out of bounds plays.

Coach Jaime Boswell served three seasons as the head boys’ basketball coach at Flour Bluff HS in Corpus Christi Texas. He is a graduate of Ranger HS, Texas State University and received his Masters’ in Athletic Administration from Concordia University Texas. This year will be his 30th year overall in coaching and as a member of THSCA. As a head coach he has reached the playoffs 17 times in 22 seasons.

This year Coach Boswell served as the President of the Texas Association of Basketball Coaches and recently finished a three-year term as part of the THSCA Basketball Advisory Committee. Coach Boswell will be the Assistant Athletic Director at Alice High School in Alice, TX for the 2019-20 school year.