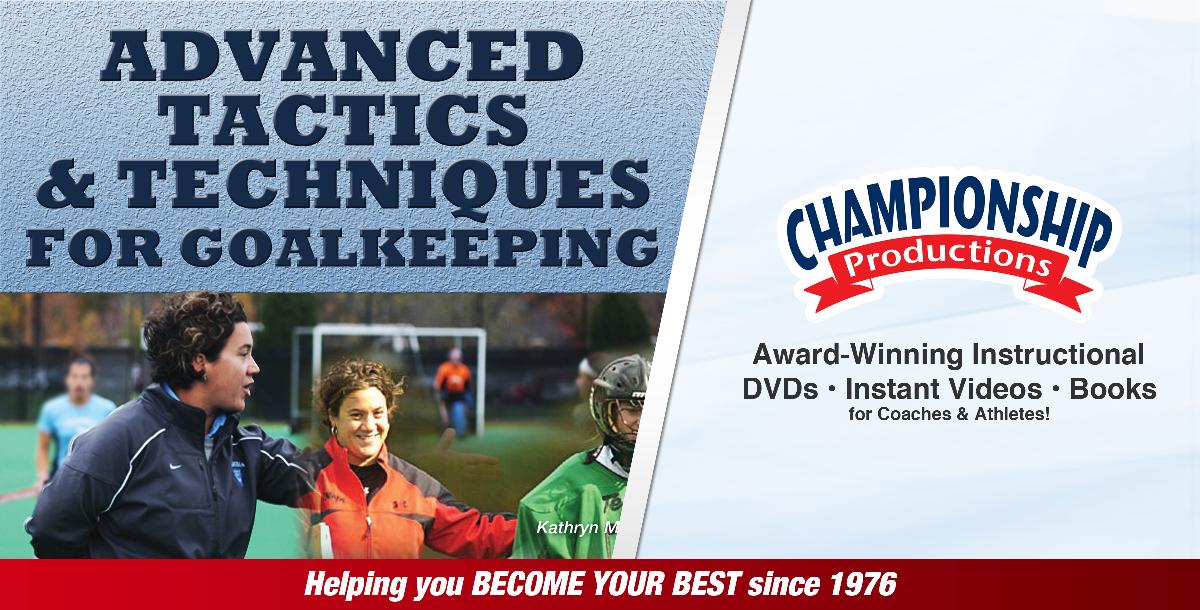 -Make the big saves by knowing when and how to dive!

-Learn to engage the attacker and become the aggressor when 1-on-1!

-Get goalkeeper tips for strengthening your team's down-number defense!

Marybeth Freeman, a five-time NCAA Division I champion as a player and coach, was hired as the head field hockey coach of Temple University on March 10, 2015.

In Freeman's debut season, the Owls made a second consecutive appearance in the BIG EAST Tournament Final before falling to two-time defending national champion and second-ranked UConn. The end of the season saw a five-game win streak for Temple prior to the conference championship game. The run showed what the Owls were capable of, starting with a 1-0 upset of #12 Old Dominion on Oct. 20. Freeman had four Longstreth/NFHCA All-Region selections, four All-BIG EAST selections and a Longstreth/NFHCA All-American in her first season at Temple.

Freeman came to Temple after spending five seasons as the head field hockey coach for Columbia University, and was previously an assistant coach at the University of Maryland for seven seasons, winning three national championships with the Terps.

After leading Columbia to 12 wins in 2014, tying for the second-most in program history, Freeman was named the Ivy League Coach of the Year. Her 2014 squad finished with a record of 12-5, and junior midfielder Christina Freibolt was named Ivy League Offensive Player of the Year as well as being named to the All-Region First Team and All-America Third Team.

Freeman’s tenure at Columbia included a 10-win season in her first as head coach, and a pair of nine-win seasons in 2011 and 2012. The Lions’ schedules were among the most difficult in the nation for the past two seasons. She leaves Columbia after producing seven NFHCA All-Region selections over her five years with the program.

While at Maryland, Freeman played an integral role in the team’s national titles in 2005, 2006 and 2008. After three seasons as an assistant coach, Freeman was promoted to associate head coach in 2007. The Terps also won three ACC titles in her time on staff, in 2005, 2008 and 2009. Among other responsibilities, Freeman was tasked with developing the Terps’ defense and goalkeeping unit. Three-time All-American Kathryn Mason led the nation in goals against average twice under Freeman’s guidance, and was the first ever Terp goalkeeper to be honored as a First Team All-American.

She is a 2003 graduate of Old Dominion University, and helped the Lady Monarchs win national titles in 1998 and 2000. The four-year starter also led her team to a Colonial Athletic Association title in each year of her collegiate career. In addition to her success on the field, Freeman excelled in the classroom as she was a four-year NFHCA Academic All-American.