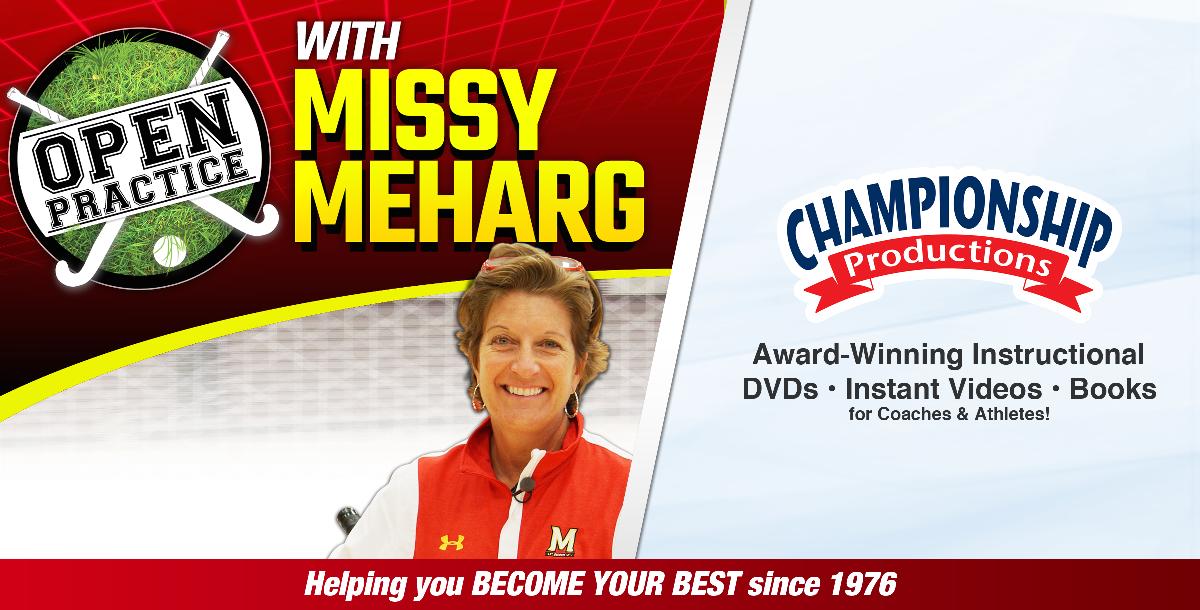 -Train your players to play fast while remaining technically sound

-Learn how to practice technical skills in a fatigued state

Head Coach of the University of Maryland Terrapins

Head coach Missy Meharg has been at the helm of the Terrapin field hockey program for 28 years, along the way building a program rich with a winning tradition. Voted National Coach of the Year an unprecedented nine times, Meharg has exemplified the tradition of excellence Maryland field hockey has become known for, a program with eight National Championships and 22 conference championships - solidifying the Terrapins' position among the top programs in the nation.

• Seven national titles, including five in seven years (1993, 1999, 2005, 2006, 2008, 2010, 2011).
• 22 conference titles
• 16 appearances in the NCAA Semifinals round, including 10 in the NCAA Finals.
• Overall record of 509-123-9 gives her a winning percentage of .801
• Nine National Coach of the Year awards and nine ACC/Big Ten Coach of the Year awards.
• Led the team to two of the most successful seasons in school history in 2009 and 2010. Over those two years, the Terps earned a record of 46-2 with two ACC titles and an NCAA title.
• Seven Honda Sports Awards won by five players.
• 46 All-Americans, including five four-time All-Americans and 14 three-time All-Americans.
• 14 players have been named Big Ten/ACC Players of the Year. Paula Infante earned the Defensive Player of the Award twice, while Katie O'Donnell won all four years of her career.
• Meharg was contracted by NBC to work as a color commentator and analyst for field hockey during coverage of the 2012 Olympic Games in London.
• Five of Meharg's former athletes have competed on U.S. Olympic teams. Katie O'Donnell and Keli Smith Puzo both represented Team USA in London in 2012. Four former Terrapins played in the Beijing Olympics in 2008. Lauren Powley, Dina Rizzo and Smith Puzo were on the 16-spot roster and Sara Silvetti served as an alternate.
• Kate Kauffman Beach was the Terps' first Olympian in Atlanta Games in 1996.
• Terrapin athletes have played on their respective national teams from eight countries around the world: England, Ireland, Chile, Holland, Germany, Australia, Zimbabwe, Scotland.
• Served on the U.S. National Team coaching staff from 1993-1997. She assisted in the 1994 World Cup, the 1995 Pan American Games and the 1996 Olympics.
• 2010 USA Under 21 squad coaching staff member and has worked with International teams in the ages of Under-21 and Under-18.
• USA hockey level 3 coaching accreditation.
• Created 7 teaching tapes and DVDs for Championship Productions.
• Over 85 Maryland players have earned spots on the ACC's Honor Roll and 56 Terrapins have been named to the National Field Hockey Coaches Association's Academic Squad.