30 Offensive Line Drills for Any System 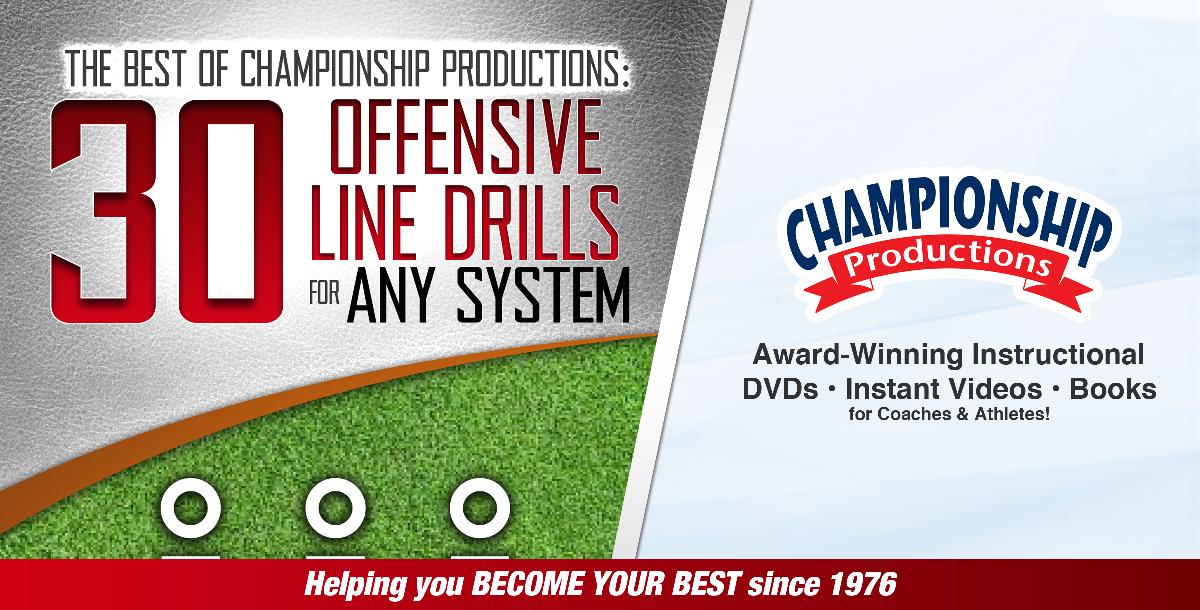 Featuring drills from James Burk, Steve Greatwood, Dan Roushar and Ed Warinner, this football coaching course showcases a variety of essential drills used by offensive line coaches from some of the best programs in the nation including Oregon, Notre Dame and Michigan State.

Collected from Championship Productions' video library, these drills and schemes will provide you with a blueprint for success in the trenches. Each coach adds their own coaching style to the video, which makes it a unique combination of instruction from differing philosophies. You'll learn 30 drills that teach skills such as stance, get-off, hand placement and footwork for drive, reach and cutoff blocks. Drills for pulling and trapping are covered, as well as zone blocking strategies. All blocks eventually turn into a drive block, which is a key technique that your players need to master to be successful. Chutes, boards and sled drills are included as well.

The importance of coaching linemen to finish the block is not overlooked, as the best teams in the country excel at playing through the whistle. Developing a fundamentally sound offensive line will give any team the ability to run the football, opening up numerous options for the rest of your offense. Coaches and players of all levels looking to become dominant on the offensive line will find this video to be a valuable resource.

Dan Roushar is an NFL coach, currently the Tight Ends coach for the New Orleans Saints. He was previously the Running Backs Coach for the Saints and, before that, the offensive coordinator at Michigan State. Roushar has served as an assistant coach with several teams, beginning in 1986 as the offensive backfield coach with Butler.

You just booked "30 Offensive Line Drills for Any System"