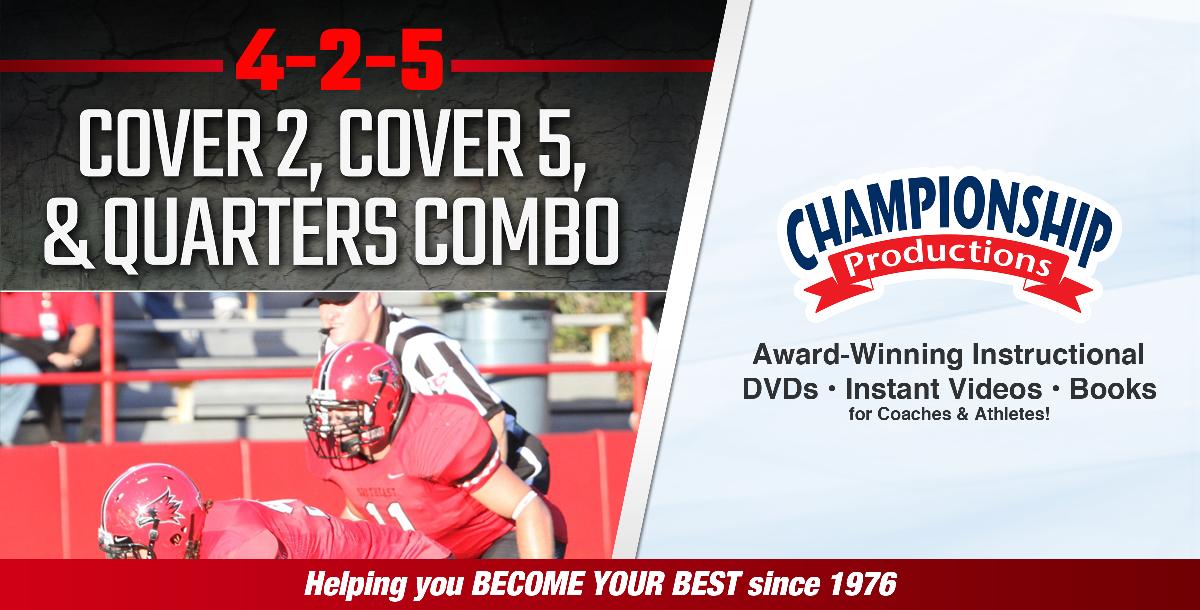 Ricky Coon introduces three coverages within the 4-2-5 defensive scheme. The coverages utilized by Coach Coon are mainly zone coverage. Based upon the offensive look, each coverage can adapt and take away a team's strengths in the passing game, and specifically in the all-important third down passing situation.

Coach Coon runs through each system with their particular adjustments, alignments and keys. Each call is discussed in detail and game footage is shown, giving you a visual of why the calls are needed in the coverage system.

Blue is shown versus Twins, Trips, Trey, Pro Twins and Double Pro offensive sets. A simple change of strength adjustment to motion by the offense is also covered. You'll see Coach Coon's "Bronco" call for the weak side safety, as well as his "Sky" adjustment for putting eight in the box versus a two back offense.

Coach Coon explains how Cover 2 and Cover 5 fit into the system and complete the zone coverage package for the 4-2-5 defense.

Coach Coon expands on the 4-2-5 by showing how simple the multiple coverage system can be. It allows your players to play fast and free in order to reduce mistakes on the field.