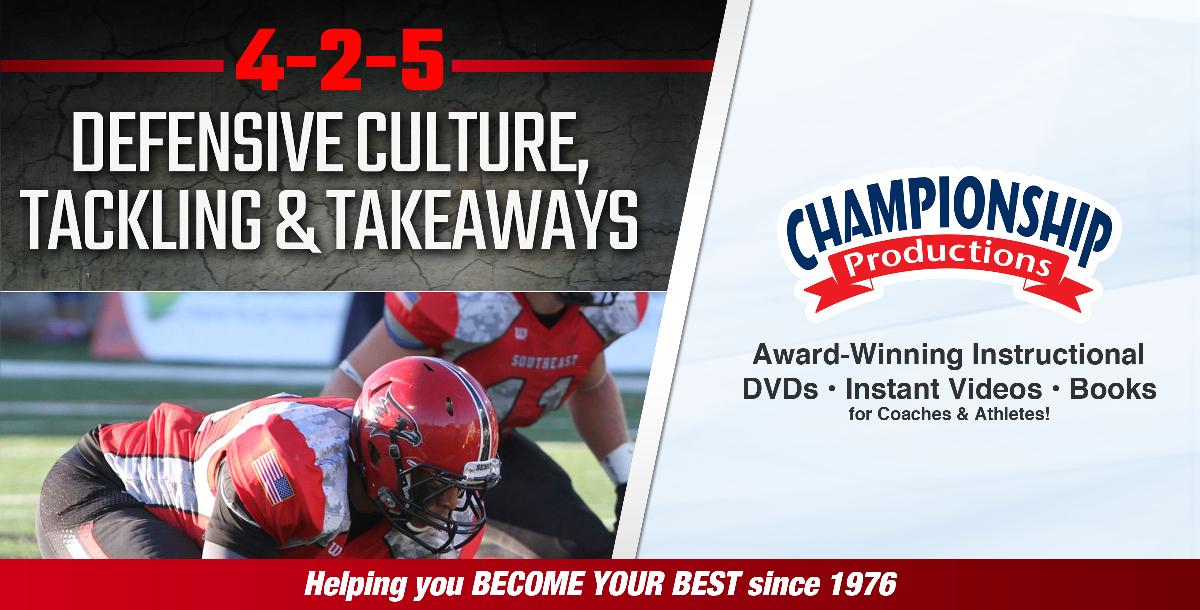 Every coach is looking for simplicity in a defensive package. Ricky Coon points out how the 4-2-5 defense can be just that - simple enough for coaches to teach and for players to learn and play fast! He will show you why the 4-2-5 is a system that can adapt to any offensive scheme and quickly take away its strengths.

Why use the 4-2-5 defense? Coach Coon describes it as a "plus 1" defense, meaning you can put one more defender in the box than the offense can block. Coach Coon points out the 4-2-5 is a system-based defense that allows you to alter your system to face whatever offense you see. This prevents the need for changing your defense from week to week.

A couple of of the biggest goals that can be obtained in the 4-2-5 are limiting big plays and allowing you to succeed on third down. Coach Coon details his philosophy, which has three parts: run to the football, be physical and tackling/takeaways.

Discover a circuit training routine that focuses on tackling and creating turnovers. Using practice video, Coach Coon takes you through his circuit drill package and discusses each drill in detail to improve tackling and increase turnovers. By selecting four drills a day and rotating drills from day to day, you will see a drill sequence that develops the objectives of the defense, and is efficient in getting a lot of work done in a short period of time.

Coach Coon breaks down each position and the characteristics he wants in players at those positions. You'll get an idea of how to organize your players in a manner that will make the defense effective. Coach Coon discusses the basics of the defense by describing each position and how to use a ""two quarterback"" safety system that make calls for each side of the field.

Implement a simple defensive system that has answers against any offense you will see using Coach Coon's 4-2-5 defense!