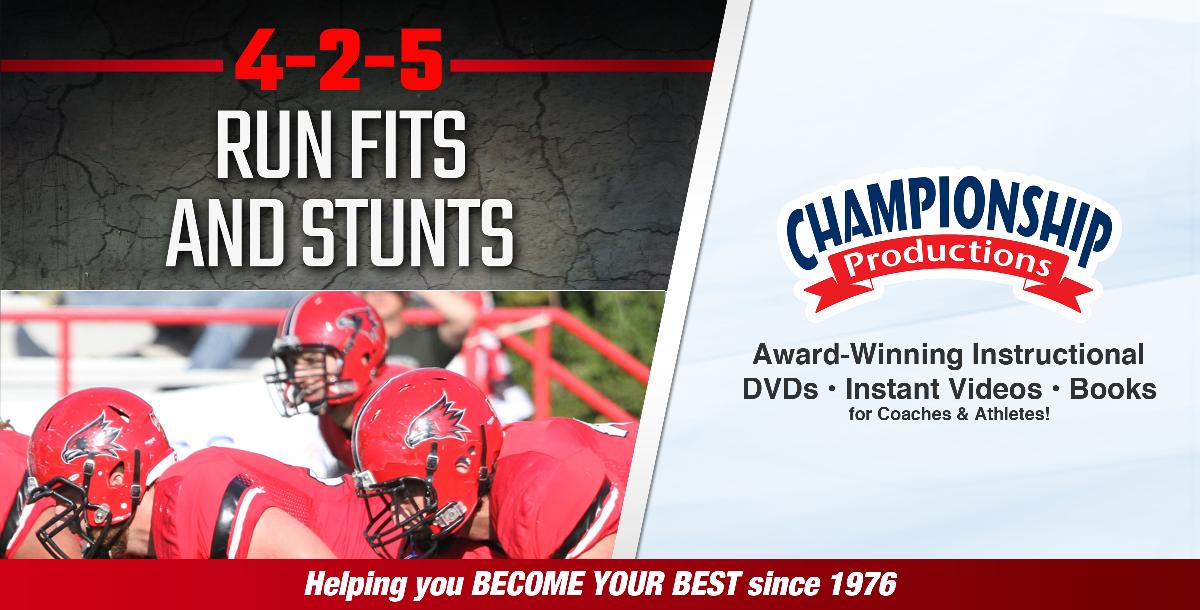 The 4-2-5 defensive fronts show the plus 1 mentality in order to place as many men in the box as needed, based on the offensive scheme. Coach Coon explains alignments and adjustments, along with the major keys of each position, for the following fronts:

Coach Coon discusses the strength of each defensive front and which fronts are used versus various offensive schemes. You will learn why each front is called, and how they create a multiple defensive scheme without creating confusion to your players.

The line stunts covered by Coach Coon include: Angle, Torro, Echo, Fire, Booger and NOB. He explains proper execution of each stunt and why each should be called. The twist game gives the 4-2-5 multiple line stunts, creating chaos for any offensive line.

The "Gate" stunt teaches your tackles to read the near hip of the center. If the hip is away, the tackle will penetrate, and if the hip is toward the tackle, he will loop.

Coach Coon shows you twists that include: Eat, Tex, Mix, Easy, Go, In, Out, Pinch, Pirate, Sprint, Stay and Stick. Each twist is clearly explained before Coach Coon goes to film to show you each one being executed in a game. You'll see how each twist fits into the overall scheme of the 4-2-5 defensive package and why it is so difficult for the offense to block.

Using game film, run fits for the 4-2-5 are covered as Coach Coon points out how to force the ball into the alley and fill and leverage the ball. You will see the 4-2-5 in action and learn how you can outnumber the offense at the point of attack.

Coach Coon delivers a great video on fronts and stunts for the 4-2-5 defense. The variations and individual techniques presented will give coaches of all levels insight into the 4-2-5.