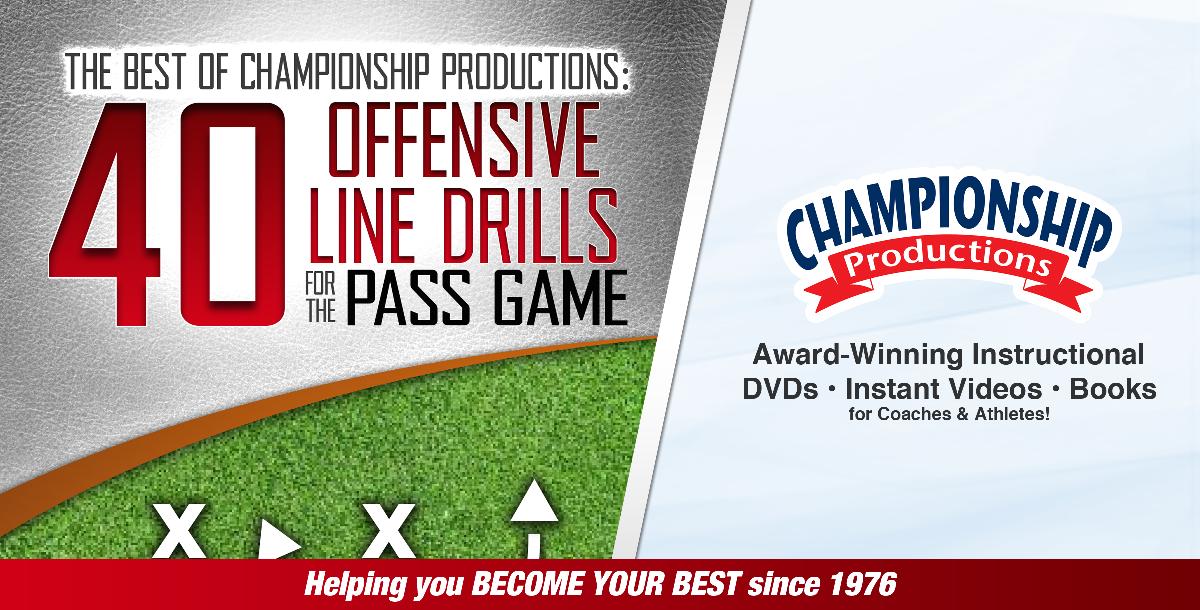 Get 40 of the best pass blocking drills available from the Championship Productions' library.

This football coaching course will help coaches at all levels quickly find specific areas they need to target to develop explosive and strong pass blockers. Even if you're at the top of your conference or division, refining technique with these high level drills will give your players the quality instruction and reps they need to keep improving.

The 40 drills included cover all schemes and styles and will provide a direct benefit to your players this season. If your players aren't trained correctly, they will fatigue quicker and be more susceptible to faltering in the second half of games.

This course is loaded with mirror drills, punch drills for hand-eye coordination, and lateral movement drills for molding your linemen into the best pass blocking group in your league. Powerhouse programs at the college and high school level have used these drills to maintain a high level of success on the field.

Every championship team starts and ends with a great offensive line. The drills in this collection will help any coach interested in improving and solidifying his pass protection.

Brent Key is an American college football coach and former player, currently the assistant head coach, offensive line coach, and recruiting coordinator of the UCF Knights.
Key is widely regarded as one of the top assistant coaches in the country, and is believed to be the heir apparent to George O'Leary.

You just booked "40 Offensive Line Drills for the Pass Game"