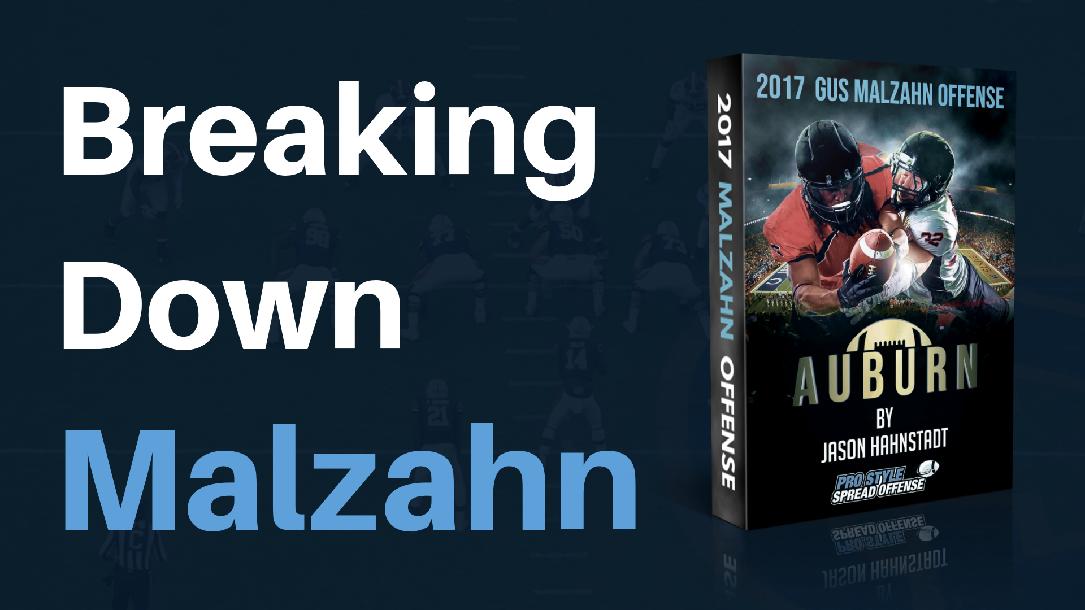 If you’re anything like me, you love to watch college football and see what the latest coaches are doing that you can add to your program.

Included in this course are 34 new playbook breakdowns from my research of the 2017-2018 Gus Malzahn Auburn Offense specifically for coaches looking for NEXT level research in less than half the time it takes to do it yourself.

Have you ever wanted to learn exactly what a proven, top-level, Division 1 program does that will help your team run at a 2-minute pace the entire game, have a balanced attack, run over defenses with Buck Sweep, use misdirection in every play, stretch the field and throw the book at those Defensive Coordinators with specials and fight song plays?

Coaches around the country asked for it and we delivered!

My team and I at Pro Style Spread Offense have been working hard to break down these plays that will give you a step by step process to understanding and implementing whatever aspect of the Malzahn Offense you would like to learn about.

Get started now by booking here and find out:

- The core beliefs behind Malzahn's offensive philosophy.
- How Auburn uses option and RPO's to attack defenses in multiple ways.
- The one simple adjustment to the Mesh Route for Air Raid Teams that makes it easy for QB's to win every time.
- How Malzahn uses three simple blocking schemes but makes his offense look more complex than any other.
Watch all 34 Video Breakdowns side by side with All-22 Sideline and End Zone Views.

No other course covers everything Malzahn like this one does.

Pro Style Spread Offense is founded by Jason Hahnstadt who has been studying the game of football as a coach since his playing days at Taylor University in 1999. His passion led him into a variety of coaching positions where he enjoyed learning new systems at multiple levels. Jason is as passionate about coaches education as he is about coaching the game of football.

Want to grab a free offensive playbook? Go here to get a downloadable .pdf at

Great Job and insight in breaking down each play! well worth the money

Great breakdown, loved every aspect of the course

A lot of info on how Auburn uses many formations but the threat of jet sweep creates a simple window dressing to run their base plays and complementary plays.

Great course, well done and took a lot from it

Commentary was meh but lots of plays that are creative and not seen in other playbooks that are on here. Love some of the reverses, screens, use of unbalance line and trick plays. Lots of plays and get access to another 250 page playbook after completion. Recommend getting this one if you enjoy breaking down new and unusual plays

You just booked "Breaking Down Malzahn 2018"