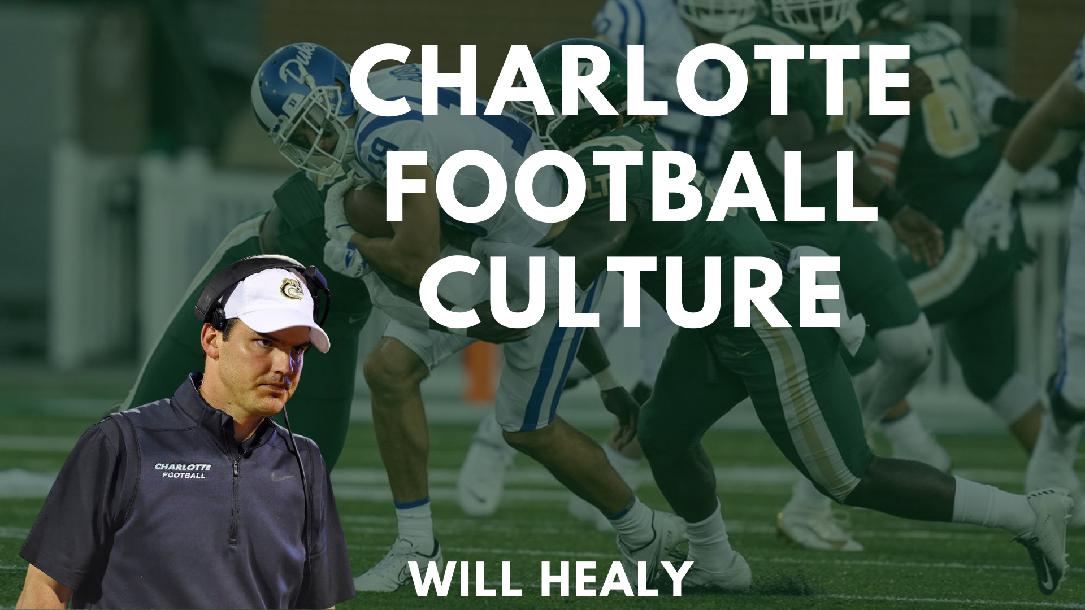 In this course, Coach Will Healy talks about creating Charolette football culture. Healy discusses everything that is important when creating the culture you want. He breaks down the importance of marketing, recruiting, hiring people that won't let you fail, and more!

Simply click the ‘Book This Course’ button at the top right of this page, place your order, and you’ll immediately be logged into the training with full access. Learn how Coach Healy creates a football culture that Charolette way.

Will Healy, an Eddie Robinson Award winner as the 2017 National FCS Coach of the Year, was selected as the head football coach for the Charlotte 49ers in December 2018.  He came to the 49ers from Austin Peay, where he spent three years infusing energy and enthusiasm into that program while engineering one of the greatest turnarounds in college football history.

In his first year with the 49ers, Healy led Charlotte to its own historic season. Charlotte (7-6; 5-3 in C-USA) set school records for most wins (7), most Conference USA wins (5) and most home wins (5) while advancing to the school’s first bowl game. Charlotte rattled off a school-record five straight wins to end the regular season and earn a bid to the Makers Wanted Bahamas Bowl. Along the way, Healy unveiled “Club Lit”, a post-game dance celebration in the 49ers locker room that brought national attention to the program. A gifted recruiter, he also attracted the 49er's best recruiting class in the 2019-20 signing period.