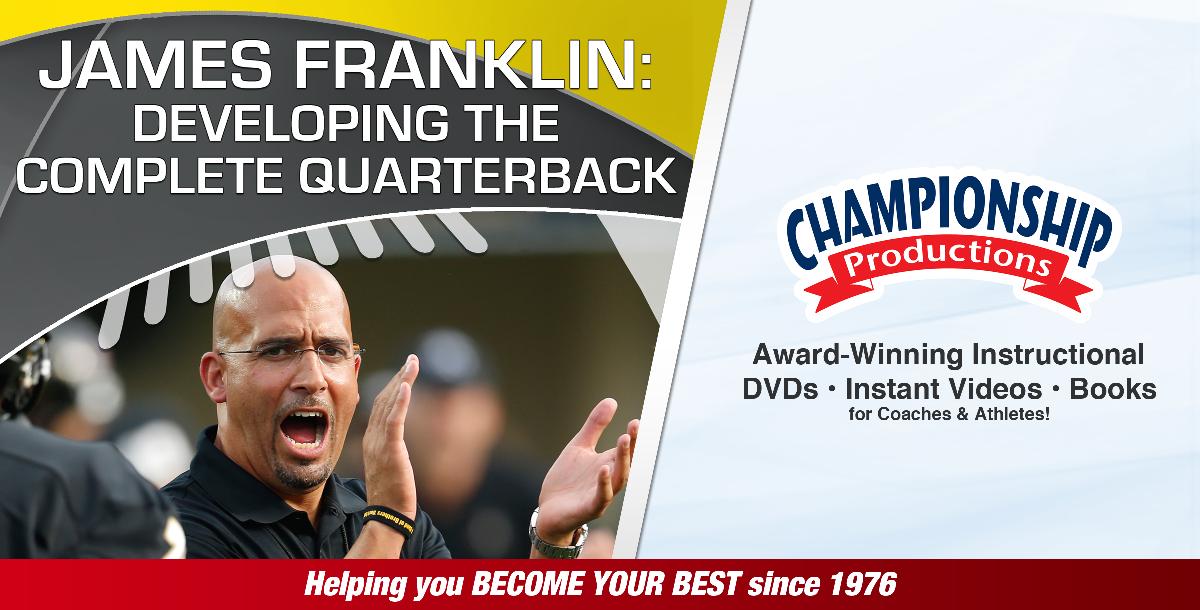 Franklin enters his seventh year as a collegiate head coach, leading his first six squads to a bowl game with victories in three.
• Franklin is one of 12 current FBS head coaches to lead his teams to a bowl game in each of his first six seasons as a head coach.
• He owns a 49-30 career record, with five consecutive winning seasons.
• Franklin has led his teams to one Top 10 finish (Penn State) and three Top 25 finishes (2 at Vanderbilt; 1 at Penn State).
• Franklin has 22 years of coaching experience at the collegiate and NFL level.
• In his first five years as a head coach, Franklin mentored 24 players that have gone on to the NFL ranks.
• Franklin has secured Top 25 recruiting classes each of the last four seasons, including back-to-back Top 20 classes at Penn State.