Mike Leach: Unlocking the Secrets of the Air Raid Offense 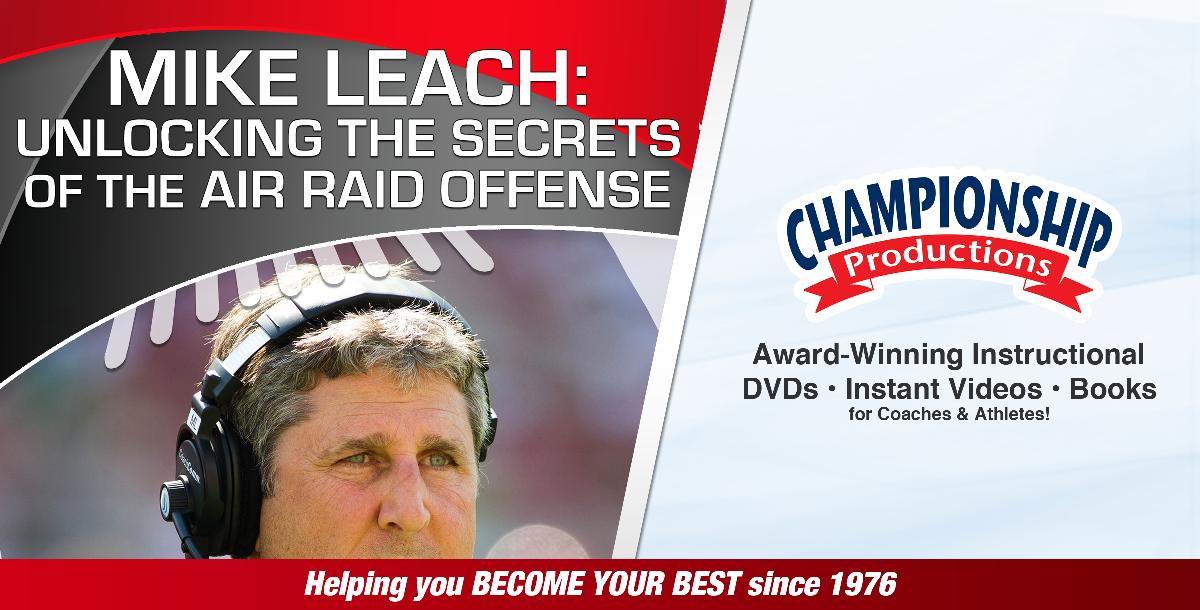 In this informative, dynamic presentation, Coach Leach teaches you how to structure and efficiently run your practices by focusing on how to better teach and more effectively implement multi-faceted play. Coach Leach's ideas will:

First, Coach Leach discusses how and when to implement a new play. He goes on to explain that although he will tweak and adjust plays for different opponents, success is found in drilling each play more specifically or being more precise when teaching particular techniques.

Referencing his signature "mesh" play, Coach Leach takes you through the specifics and philosophies necessary to build a potent "any down play" that can be the foundation and signature play of your team's offense. The mesh pass concept is a staple in the "Air Raid" offense that has helped Coach Leach's teams break NCAA passing records. You'll see how to implement it from 2x2 and 3x1 sets. You'll also get drills to improve fundamental skills in the Air Raid, increase completion percentages and reduce turnovers.

As he takes you day-by-day through his weekly practice plan, Coach Leach identifies points of emphasis from the planning of practice to the execution and technique improvements. Using practice film, he sets up and critiques drills that develop young quarterbacks and receivers. While critiquing practice film he touches on points such as:

This presentation will help you plan a successful practice, while understanding technique and basic schemes to improve offensive productions.

Produced at the 2014 Las Vegas Nike Coach of the Year Clinic.

Great Stuff if You're a Mesh Team!

You just booked "Mike Leach: Unlocking the Secrets of the Air Raid Offense"