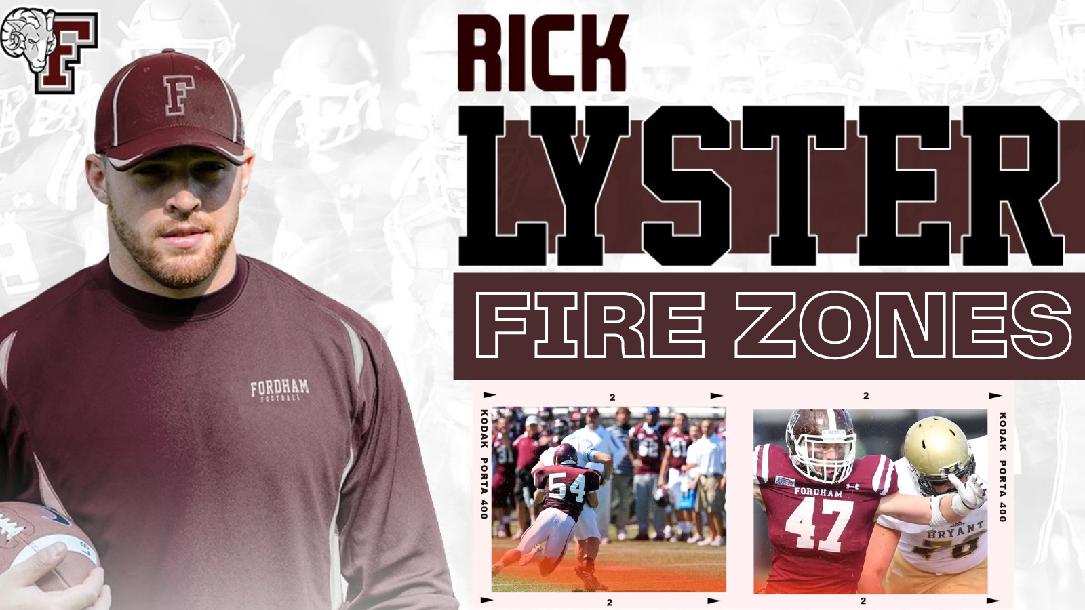 In this course, Linebacker coach Rick Lyster of Fordham University goes in depth on the following defensive pressure concepts:

& 1st Down vs 3rd Down Pressures

Rick Lyster joined the Fordham staff in July of 2020 after serving as a defensive quality control coach at Army West Point the previous two years. Lyster will be in charge of the Rams’ outside linebackers in 2020.

Lyster joined the Army West Point staff in November of 2018 as the Black Knights defeated Navy for the third straight year and went on to defeat Houston, 70-14, in the Lockheed Martin Armed Forces Bowl. Army West Point finished eighth in total defense in the NCAA FBS and tenth in rushing defense that season.

Lyster arrived at West Point after a three-year stint at Georgia Tech where he served as a graduate assistant. He spent the 2017 season working with the defensive line where he was responsible for weekly implementation of defensive line assignments and ran on-field drills that worked with defensive ends.