Stopping the Pass with the 4-3 Over / Cover 4 Defense 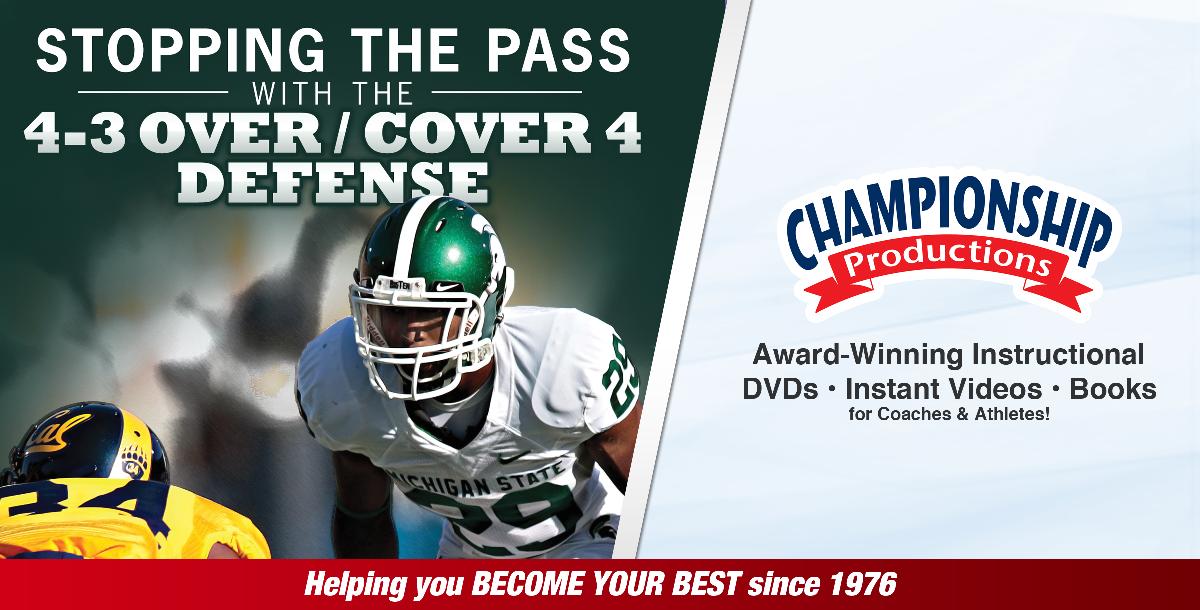 In this instructional football course, Narduzzi presents the philosophies, principles and alignments for the 4-3 Cover 4 Defense. Now your defense can improve its pass coverage the same way Narduzzi elevated Michigan State's defense to one of the top units in the country ranking 23rd in the nation for Turnovers & Takeaways. Utilizing Cover 4 and aggressive player techniques has allowed Michigan State to become one of the conference's top defenses.

Using high quality game footage, Narduzzi teaches how to utilize Cover 4 versus a variety of formations and passing concepts. This video is a great learning tool for the intermediate to advanced level coach who wants to improve their 4-3 defenses pass coverage scheme.

Gain valuable insight into coverage rules, fundamentals, keys, adjustments, and philosophies of the 4-3 over quarters coverage. Not only does Narduzzi cover a multitude of concepts, more importantly he explains why he believes so strongly in his defensive system. Narduzzi has carefully orchestrated this defensive system over 20 years and it has proven successful at every coaching stop along the way.

Get inside the mind of a defensive genius. Order now and learn how you can better defend the pass and turn your defense into a championship defense. 79 minutes. 2011."

Patrick Narduzzi (born April 22, 1966) is an American football coach and former player. He is the head coach at the University of Pittsburgh. He was formerly the defensive coordinator at Michigan State. He attended Youngstown State University and the University of Rhode Island. He earned his master's degree from Miami University.