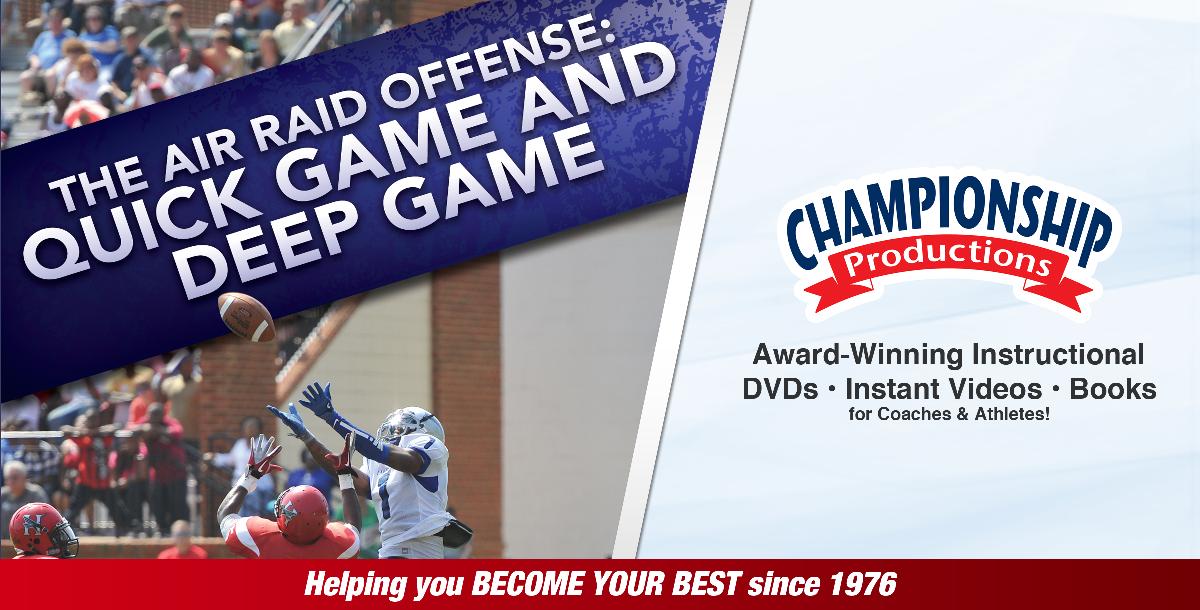 In 2011, the Eagles led the nation in total offense, averaging 520 yards per game. Faulkner University was also third in the nation in scoring with 43.5 points scored per game
Develop a high percentage passing game that moves the chains and scores from anywhere on the field.

Corey Fipps shares his quick game and deep passing game and shows you how simple it is to run an explosive offensive scheme that no defense will want to line up against. The Eagle no-huddle offense snaps the ball in as little as 12 seconds and the up tempo style is a nightmare for any defense to defend.

Coach Fipps presents his passing game with a power point presentation and game footage in which he coaches you up on the essentials of each play. Routes shown in the quick game include:

Sail - Take advantage of linebackers walling off the inside vertical routes.
Y Cross - Open up the middle of the field with a combination of specific routes.
Coaches from every level will gain knowledge from Coach Fipps and the High Flying Eagle Passing Game.

Fipps comes to Southern after a season as the Co-Offensive Coordinator at Bellhaven University in Mississippi. In 2014 at Bellhaven, Fipps' offense racked up 4,855 yards of total offense, including over 3,700 in the air. The Blazers averaged 10.4 yards per catch and recorded 28 touchdowns passing, while averaging 337 yards in the air per game.

Prior to Bellhaven, Fhipps was the Offensive Coordinator at Montana Tech. In his one season at Tech, the Orediggers ranked 15th in the NAIA in passing offense per game (261.4) and 22nd in total passing (2614). Tech averaged 21.4 first downs per game and 403.1 yards of total offense.

Fipps joined the Orediggers from Sacramento City College, a member of the California Community College Athletic Association, where he served as the assistant head coach and offensive coordinator. In his only season with the Panthers, he increased the offensive production by 150 yards and 11 points per game.

Prior to his time at SCC, Fipps spent three seasons with Faulkner University as the offensive coordinator and lead recruiter. He increased the team’s offensive production in each of his seasons. In 2011, the Eagles ranked first in the nation in total offense (520 yards), first downs (30.2) and passing offense (397) per game. They were also the NAIA’s third highest scoring team per game (43.5 points).