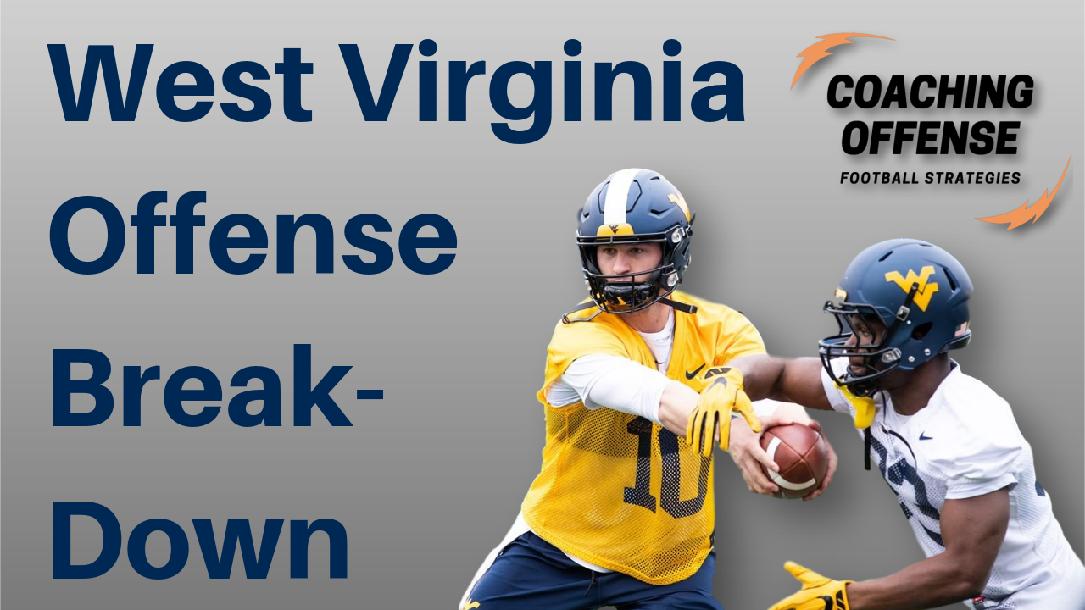 All 78 Full Game Playbook Breakdowns Downloadable in .PDF is included.

In his version of the Air Raid run game, Holgorsen has completely embraced the one and two back run game along with multiple RPO's from a variety of formations.

In this course, we have broken down 20 of the best plays from their incredible win against Texas.

Texas runs a 3-4 Tite defensive front and this is an excellent case study into how to attack it with your spread offense.

If you like the air raid and running RPO's, you will learn a lot from West Virginia about how and when to run them.

You will also discover some of the hidden strategies they use to help them attack the boundary when defenses do not adjust.

This course is the perfect guide to taking your offense to the next level.

Then use the sheets to add your own rules and blocking schemes wherever you like.