Lacrosse / Fundamentals Send as a gift!

Becoming a Champion: The Attackman 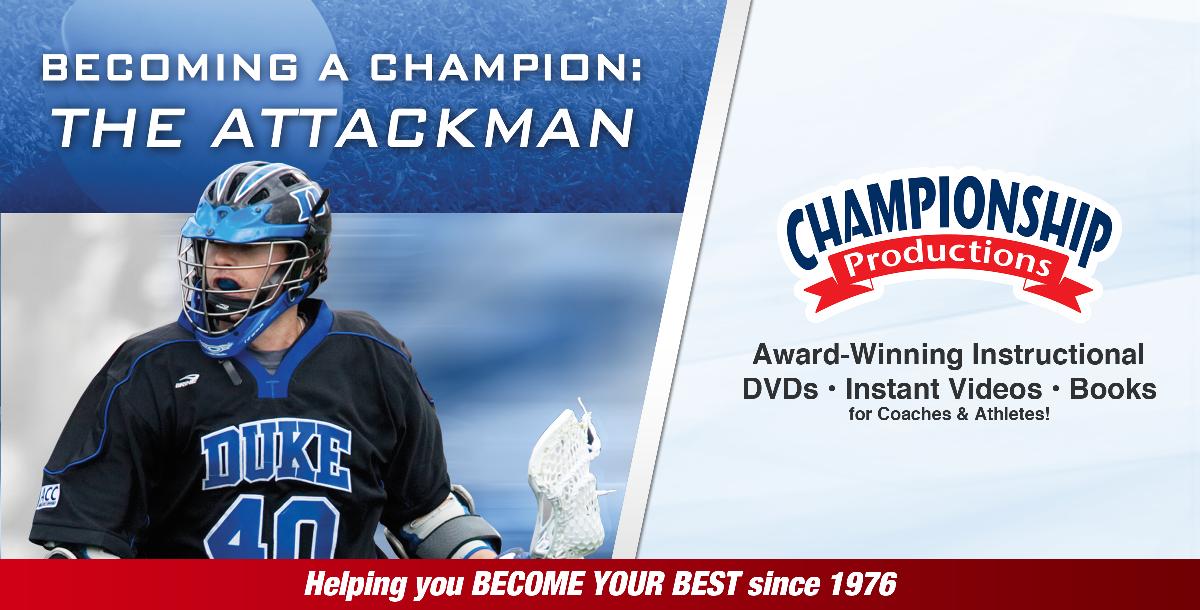 Learn critical lacrosse skills from national championship coach John Danowski! In this lacrosse coaching course, Danowski speaks directly to the athlete emphasizing the importance of hard work in practice and on your own. Danowski covers a wide variety of concepts, drills and techniques that are vital to developing the ultimate lacrosse attackman.

Danowski shows concepts such as receiving the ball, playing around the crease, protecting the ball, handling ground balls, field positioning, transition, inside shooting, pick plays and playing without the ball. Each technique is demonstrated at full speed and shown again in slow motion. Coaches can use this video to model technique to their athletes. Executing these technique with speed and precision will help you become a championship attackman.

John Danowski is an American college lacrosse coach who has been the head coach of the Duke Blue Devils men's lacrosse team since the 2007 season. Previously, he had spent 21 seasons as the head coach at Hofstra.

Danowski coached Duke to the National Collegiate Athletic Association (NCAA) Men's Lacrosse Championship in 2010, 2013, and 2014, and an appearance in the national championship game in 2007. He is a two-time winner of the F. Morris Touchstone Award as the NCAA men's lacrosse coach of the year, earning the honor in 1993 and 2010. One of nine coaches to lead three NCAA Division I championship teams, Danowski has won more than 300 games during his coaching career.

You just booked "Becoming a Champion: The Attackman"