Lacrosse / Midfielders Send as a gift!

Becoming a Champion: The Midfielder 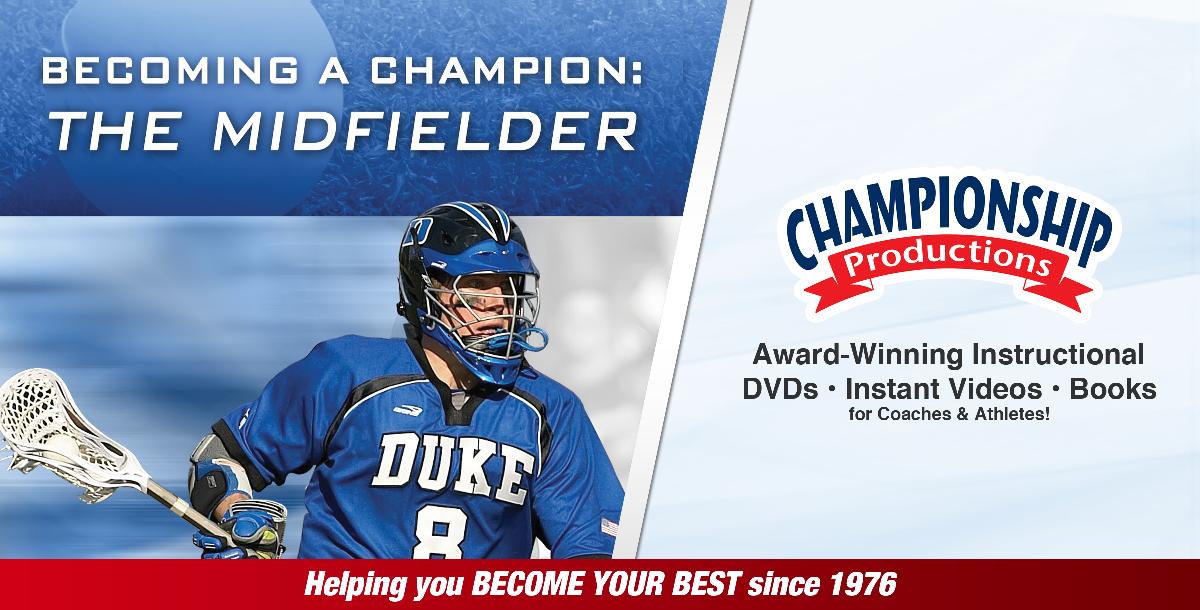 Midfielders are the only players who play both offense and defense, so they need to be complete players. Coach Ron Caputo likes his midfielders to dictate tempo by playing hard and playing fast, so he drills his athletes hard and fast. In this lacrosse coaching course, Caputo demonstrates this notion of drilling hard and fast by applying it to the development of both offensive and defensive skills.

On the offensive end, Caputo shows a number of drills and techniques that will enhance a midfielder's abilities in critical areas such as dodging, shooting, and passing. Defensively, Caputo applies drills to potential game-like situations and teaches a useful holding drill that focuses on movement and stick placement. He also touches on important elements, such as quick passing and catching over the shoulder. Caputo's teaching provides an in-depth set of skills and abilities that are a necessity in the construction a complete midfielder.

John Danowski has been the head coach of the Duke Blue Devils men's lacrosse team since the 2007 season. Previously, he had spent 21 seasons as the head coach at Hofstra.

Ron Caputo is the assistant coach of Duke University''s Men's Lacrosse team. One of the elite lacrosse minds nationally, Caputo works closely with the midfield and faceoff specialists. In his seven seasons with the Blue Devils, Duke has posted a 111-29 record, captured three ACC titles, advanced to the NCAA Semifinals seven times and ultimately won the 2010, 2013 and 2014 national championships. Duke has ranked among the top 11 in scoring offense in each of the past seven campaigns and was among the top three in four of those (2008, 2010, 2013 and 2014).

You just booked "Becoming a Champion: The Midfielder"