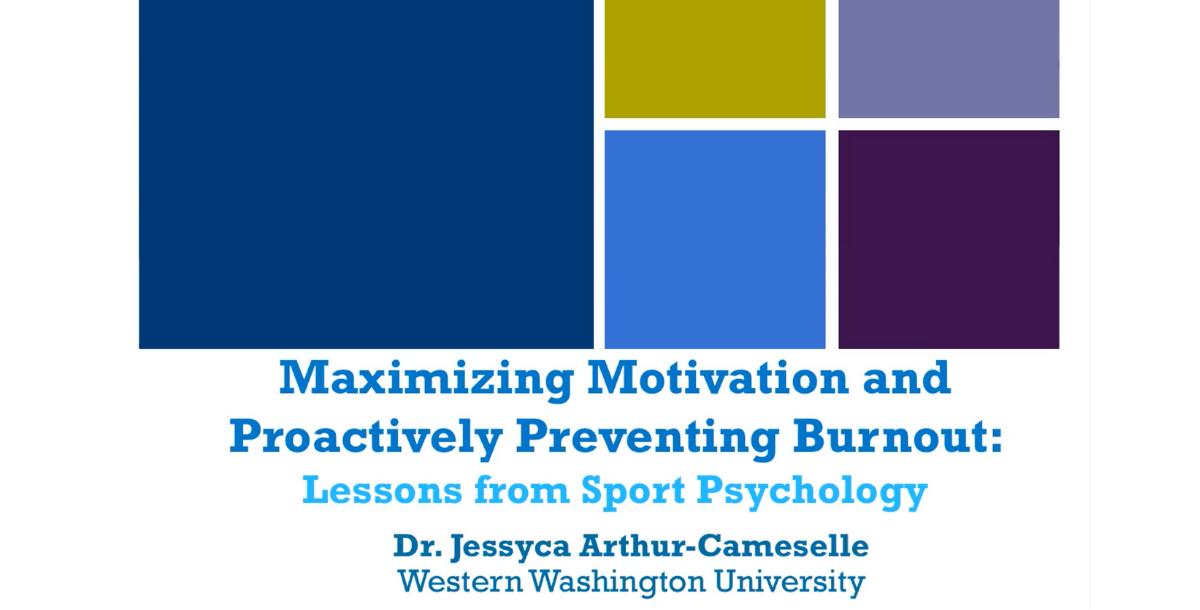 You will learn about psychological theory related to motivation as well as recent research findings on motivation and burnout in tennis players.  Jessyca will share tangible suggestions for coaches to implement in practice and competition to build motivation and prevent burnout in their players.

Dr. Jessyca Arthur-Cameselle is a sport and exercise psychology professor at Western Washington University, where she teaches both undergraduate and graduate courses. She has a doctorate in Counseling Psychology, with an emphasis in Sport Psychology, from Boston University. She is a licensed psychologist and a Certified Mental Performance Consultant (CMPC). Jessyca has more than 15 years of applied sport psychology consulting with athletes from a variety of sports, including tennis players at the junior, high school, collegiate, and professional levels.

Jessyca also has an extensive tennis playing and coaching background. A native Oregonian, she was ranked #1 in the PNW in both girls 16s and 18s. She received a full ride scholarship to play Division I tennis at the College of William and Mary and her team qualified for the NCAA team tournament several times. As a collegiate player, Jessyca also qualified for both the NCAA Division I singles and doubles tournaments. She later played professionally and earned a WTA ranking. She served as the assistant women's tennis coach at Boston University for three years and later was the assistant coach for the men's tennis team at Purchase College, State University of New York. In addition, she has experience as a  private tennis coach, teaching lessons to clients ages 3 to 83.