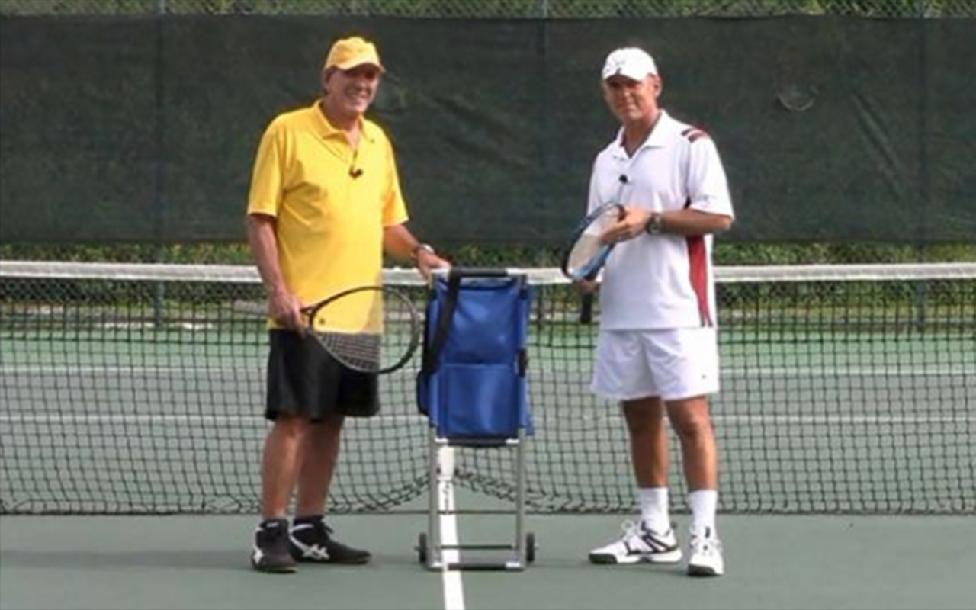 Tennis Into The Future  – Modern Footwork
Full of surprises, probing questions and amusing moments as well as clips demonstrating the principles discussed, Modern Footwork is an essential component in learning how to coach Modern Tennis Methodology at the intermediate and advanced levels.  An insightful interview on biomechanics with a leading chiropractic sports specialist is also included.

OSCAR WEGNER was light-years ahead of the tennis industry when he was coaching open stance, stalking the ball in front, hitting up and across, lifting the body, heavy topspin and more at Spain's Tennis Federation School in Barcelona in 1973 and in Florianopolis, Brazil in the 1980's. OSCAR published his first book, “Tennis in 2 Hours" in 1989, which immediately became popular with coaches in Eastern Europe, from Moscow to Belgrade. OSCAR'S innovative teachings received further exposure for 4 years on "THE NEW TENNIS MAGAZINE" TV show in the early 1990's, leading Richard Williams to test these tenets with his daughters, future world champions Venus and Serena. Meanwhile, Brazilian Gustavo Kuerten, who had started with these techniques as a 5 year old, became world champion in the year 2000 and three-time French Open winner. From 1997 through 1999 ESPN International promoted OSCAR'S 40 revolutionary "PLAY LIKE THE PROS" tips in English and Spanish to their entire network of over 150 countries, leading to more successes around the world, receiving, in two and a half years of daily exposure, more than 10 billion impressions. Furthermore, OSCAR'S far reaching technical commentary on ESPN Latin America for 6 years charted a new course in tennis for that continent. In the 2,000s Oscar published more revolutionary books and DVDs, culminating with the :TENNIS INTO THE FUTURE" DVD Series, published in 2010. Today Oscar continues to share his latest insights into modern tennis with blog articles and video tips, and a new book to be published in 2015. He also teaches players and coaches privately in Clearwater, Florida. Test these revolutionary techniques against the more generally accepted advice of "racket back early", "close your stance", "step into the ball", "hit through the ball towards the target" and decide for yourself what works best. You be the judge.

Oscar, my mentor, after few weeks I continue to find additional hints and truths in these videos (the serve part is so unconventional and so effective). I'm so admired by your capability to grab the key aspects of the game and omit the redundant ones. I think that each of Oscar's suggestions is the result of years of thougths and experience beatifully resumed here. One unique concern: really too much stress on the comparison between Oscar's method and the so called conventional one. Remove that, and you get great tennis instructions taught by a wonderful teacher. Thank you Oscar

Loved it. I've been playing for over 40 years and the principles of keeping things simple and playing naturally along with "find it, feel it, finish" have improved my game tremendously.