In all my years of coaching youth baseball, I have always looked for the most efficient practice methods in every aspect of baseball. It took me only a few years to realize that most youth baseball coaches, including myself, were running batting practice, not incorrectly, but inefficiently. From what I have seen in the typical batting practice, a coach will pitch a predetermined number of pitches to each batter with the fielders fielding the hit balls and throwing them to first base. Usually the coach will yell something like, "run the last one out,” and the batter does just that. If the ball is hit to the infield, they try to throw him out at first. If it is hit to the outfield, he usually runs until he is thrown out. This is all good- intentioned, but it wastes valuable time when a coach wants to run an efficient batting practice.

Here is the most efficient way of running a batting practice. Batting practice is just what it sounds like, batting practice. Batting practice is not fielding practice or baserunning practice. So, all youth coaches and parents should really define what a youth batting practice is and what they want to get out of it. Most of my youth practices do not run more than one and a half hours. Every minute of wasted time will affect other drills, skills, and techniques I want to cover. The first thing a coach needs to have is an overabundance of baseballs. The league will provide baseballs, but I always make sure I purchase a few dozen extra. I try to work with three dozen and keep an extra dozen in my trunk. And I'm frugal about it, accounting for every baseball at the end of practice. I try to make sure we find each one, and after practice, we comb the field to make sure we got them all. Usually we find extras and end up with more than what we started with. I am extremely aware of the economic times we live in but maintain if coaches need to spend any extra money, they should do it on extra baseballs if their league doesn’t give them enough.

Here are the actual logistics and set up that I use about 95% of the time I run batting practice. I'm a big proponent of bunting. I set up two cones on the third base line, about six feet apart, approximately where the bunt is supposed to go. I set up two empty buckets, one about three feet to the outfield side of second base and the other one between the pitcher’s mound and second base. I have another bucket with the baseballs on the mound easily accessible to me. Now, this is a key. As a youth coach who wants a well-run practice and a lot of repetitions for the kids, I move up almost to the front base of the mound to pitch. I do this mainly so I can throw strikes consistently. For safety purposes, an "L" screen would be required from a shorter distance for safety. If your league doesn't have any, make them get one.

I have the first person up at bat with the 2nd player or on deck hitter ready to bat. By ready I mean he has to have helmet and his batting gloves on. It is extremely important when switching hitters to waste as little time as possible. I have the 3rd hitter or double on deck hitter on the outside of the field hitting balls into the fence on a batting tee using pickle balls (plastic) or Wiffle balls with another parent feeding the balls on the tee. If there are enough assistant coaches, I have one working with the 4th hitter on the soft toss. So we have a lot of activity going on with four kids including the batter not in the field.

The batter bunts the first to pitches. For each successful bunt, the player receives an extra swing. I usually give players five swings besides his two bunts. So if a player lays one of the two bunts between the cones, he gets six regular swings. If he lays both bunts between the cones, he gets seven swings (the maximum per hitter). There are certain things that have to happen to make this work. Remember, there are two buckets strategically located. After the bunts, when the hitter swings away, wherever the ball is hit, the fielder tosses it into the bucket closet to him. If it is hit to the outfield, he will throw the ball as close to the bucket behind second base. If he hits it to the infield, the fielder will toss it to the bucket behind the pitcher's mound. Reinforce to the players that they must toss to the bucket on one or two bounces or they will tend to play basketball with the baseball and bucket.

The point here is that the fielders do not make a play to first and the hitter does not run the last one out. We get more repetitions in a short period of time. The players are always facing the hitter. One might ask, isn't this boring for most of the players in the field? Well, not really. Because of the amount of balls hit in a short period of time, the ball is usually hit all over the place. And the coach throwing batting practice will keep one or two extra balls in his glove and is ready to pitch the next ball right away. When out of baseballs, have the players in the infield hustle to gather up the balls, combine buckets, and we're ready to go again. This works great!

I have heard from people knocking holes in my method of having a grown up throwing batting practice. Some people will insist that it is better having a player throw batting practice with the thought process being that the pitch itself should be as realistic as possible. It is beneficial to the batter when he is seeing the baseball at the correct angle rather than from a grown up and the angle of the ball coming down is different than the batter sees in a game. I have not tried every single method but I have found what I described as the one that works for my team the most. You as coach can try as many systems as you want and you make the final decision.

Batting practice is a favorite of any baseball player at almost every level. Do not deny batting practice at any practice. And always look for the most efficient, safest ways to help enhance your whole practice.

This article has been reprinted from Marty Schupak's best selling book: 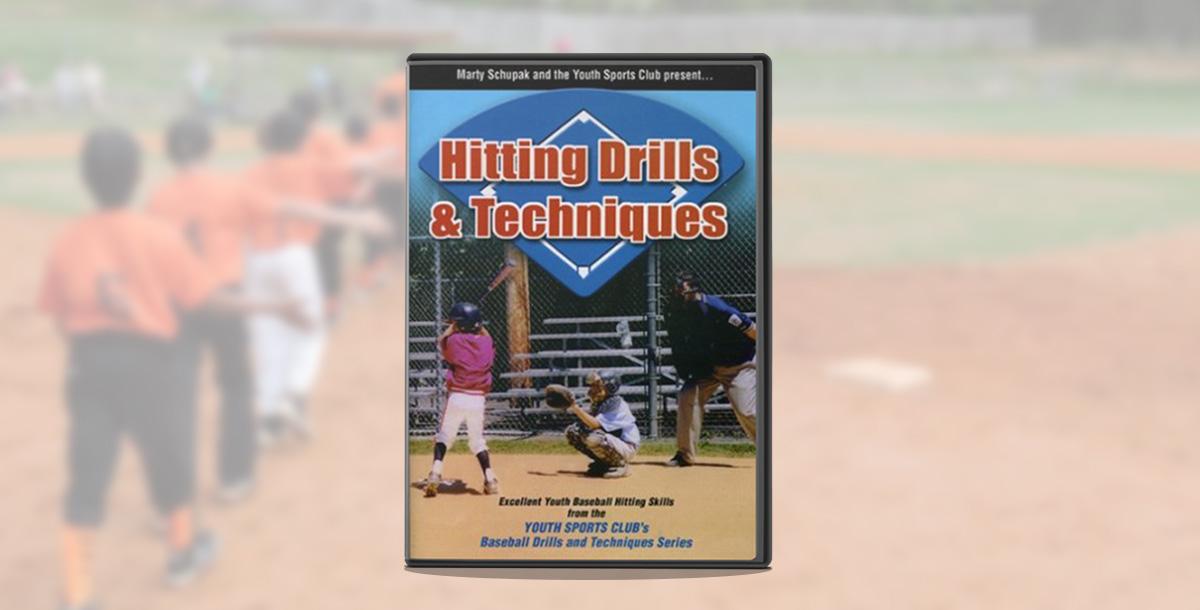 Hitting Drills & Techniques provides some of the most creative hitting drills and techniques for the youth player including a comprehensive breakdown of the swing. Coach Marty Schupak has compiled some of the most productive and useful drills he has used over his 16 year youth baseball coaching career. This highly effective course covers: The grip The batting stance The stride the inside-out sw...