GOAL: The introduction of proper warm-up exercises and techniques for fielding ground balls and throwing.

Considering this is the first practice, introduce yourself and all coaches to the players. Have the players introduce themselves – name, school, what they like. Many times, players know some of their teammates from a prior season or school. One of the more important aspects to stress to the players is they will work together as a team. Having camaraderie among the players is crucial. As the coach, it is important to teach the players how to have fun, but, at the same time, to teach them how to improve their skills. It is the coach’s job to figure out that fine line of balance between play and work.

Of course, the coaches are involved with the stretching, but it’s important to have a player lead his teammates, too. Keep track of this, so all the players have chances to lead their teammates.

Have the players stretch legs for two minutes and stretch arms for two minutes. Stretching prepares the muscles to prevent injury. The last minute should be used to jog around the field once.

You can decide on the stretches, but are some examples:

Pair the players with adults and line them up 5 to 8 feet apart. Make sure there is enough room to consider errant throws. With the players on the knee opposite the throwing hand, have them toss the ball to the adult, forming an “L” with the arm. Throwing 20-25 balls should have the arms loose. Remember, the more throws the better.

Give the players time to break for water. It is extremely important for the players to remain hydrated at all times. But have them hustle back to the field.

Pair off the players and line them up 50 feet apart, rolling ground balls to each other.

Give the players time to break for water. It is extremely important for the players to remain hydrated at all times. But have them hustle back to the field.

With the players staying paired off, allow one player to roll ground balls to the other player to field and then have him throw the ball back to his partner. As with any throwing drill, players should focus on having an efficient arm swing, tucking their glove to their chest, and following through over their front leg.

It’s always fun to end practice with a lap around the bases. The kids love it.

While the players are drinking water, huddle them together for a talk. Take this time to recognize the work that was done well, but also discuss what needs improvement. Always finish the talk in an upbeat, positive way. Tell the players the next practice time and follow up with an email to their parents. 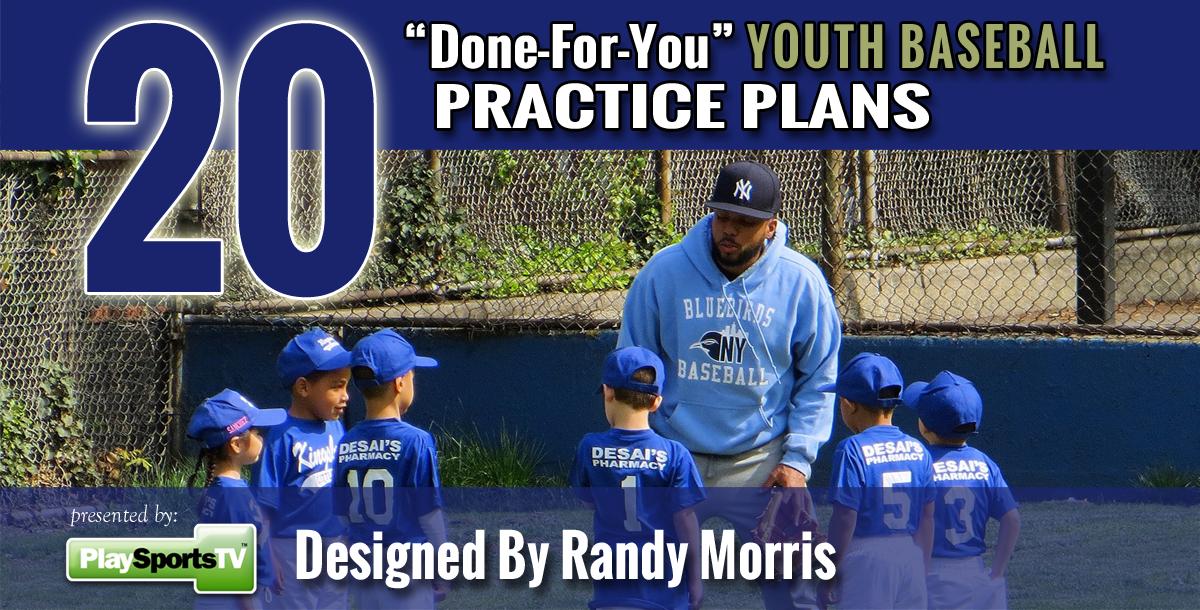 Beef up your baseball season with 20 hour-long practice plans full of youth baseball drills, skills and coaching tips developed for beginner and intermediate baseball players. These practice plans are perfect for coaches, parents and volunteers coaching kids on how to play baseball.