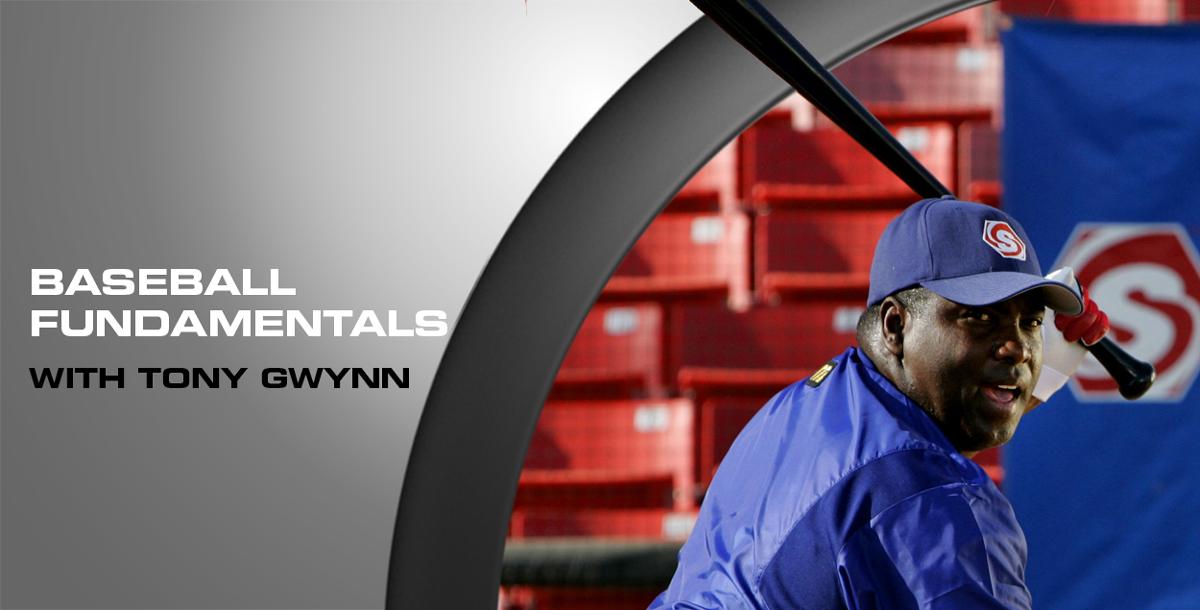 During his 20-year career in major league baseball, hall-of-famer Tony Gwynn won eight batting titles, seven Silver Slugger awards and was a fifteen time All-Star. His lifetime batting average of .338 ranks him as one of the greatest hitters in history, and his five Gold Gloves prove that he was as productive on the field as he was at the plate. As head coach at San Diego State, Gwynn led the Aztecs to a regular season title and was named 2004 Mountain West Conference Coach of the Year.

Now, Sportskool offers all of Tony Gwynn's collected wisdom in this Baseball course. Join Tony and his award-winning coaching staff as they break the game down to its fundamentals, so you can build your game from the ground up.

Whether you're just getting started or ready to take your game to the next level, look no further than Baseball Fundamentals with Tony Gwynn.

Look at Tony Gwynn's 1997 season, his 17th in the majors, for proof of the legend's longevity and dominance. Then 37 years old, Gwynn put together career highs in hits, doubles, home runs, and RBI for the arguably best season of his career. Arguably. He only hit .372 that season. And Gwynn did bat .394 in a strike-shortened 1994 season, flirting with the first .400 season since Ted Williams hit .406 in 1941. So analyzing one season of the San Diego Padre is foolish. Gwynn's one of the few athletes to never have an off year. Never. Nothing even close. His string of dominance is almost unparalleled in baseball or any sport. That's why Gwynn's largely considered one of the greatest hitters of all-time, perhaps even the greatest living one. Analyzing Gwynn's batting exploits groups him with names like Cobb, Williams, Rogers Hornsby, Tris Speaker and other icons from more than a century ago. Born May 9, 1960 in Los Angeles, California Retired following 2001 season with a total of 3,141 hits and a career batting average of .338 (both 17th all-time) Batting titles in 1984, 1987-89 and 1994-97 No. 19 jersey retired by the Padres After batting .289 in limited action in 1982, Gwynn hit .300 for 19 consecutive seasons, surpassing Wagner's National League record set from 1897-1913 Hit .350 or better from 1993-1997, becoming only the fourth player in history to top the .350 mark in five consecutive seasons (Cobb, Hornsby and Al Simmons) .394 average in 1994 was the highest average in the National League since 1930 Struck out only 434 times in 10,232 plate appearances over 20 seasons Five Gold Glove Awards. Only two players achieved 3,000 hits in fewer games than Gwynn; five needed fewer at bats 15-time National League All-Star selection.

Literally everything you should know for baseball fundamentals. Great course.