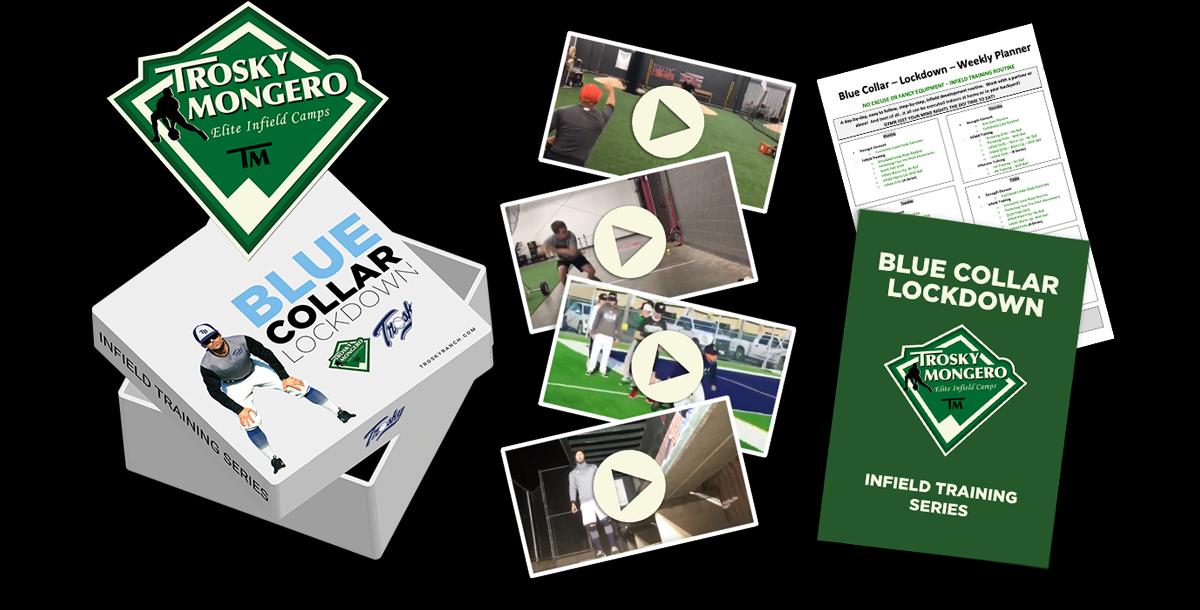 DEVELOP AND PERFECT YOUR SKILLS

Want to become a great player? Not sure exactly how to achieve that? Look no further! We devised a perfect plan just for you! Best of all, no trainers, coaches, or fancy equipment required. All that is needed is focus, sweat equity, and daily commitment all from your home!

The complete step by step plan to make your dream a reality is now just a click away!

This Series will help you:

Want to train to significantly improve your infield play, but don’t know what to do or where to get started?  Well look no further….Nate Trosky and Trent Mongero spent hundreds of hours collaborating to create the perfect weekly/daily plan just for you! Its time to eat!

Trent Mongero is a State Champion and 2017 ABCA National High School Coach of the Year. He is the author of Winning Baseball, a nationally acclaimed two-book/digital video instructional series. His high school teams have won over 450 games.

He is a national clinician and has presented on the main stage at the American Baseball Coaches Convention as well as seven different state baseball conventions. Mongero is a former Division I Conference Player of the Year and member of the UNCW All-Decade Team. He was an infielder in the Braves organization. He is a current Associate Scout for the Red Sox.

Nate Trosky is a professional scout, serves and has served as a baseball clinician at various colleges & universities including Stanford, USC, USF, UCSB, Cal Poly, and Santa Clara University. He works with Area Code Baseball and has served as the New Balance Area Code Camp Director and with USA Baseball Break Through Series (BTS) Player Development. He the founder and CEO of Trosky Baseball, one of the top Travel Baseball and College Showcase organizations in the country. Coach Trosky has contributed to over 7,000 players playing college baseball and over 400 in professional baseball, with numerous first round selections, including some of the game’s best players (e.g. Christian Yelich, Nolan Arenado, Joc Pederson, Giancarlo Stanton, Mike Moustakas, Garret Cole, Lucas Gialito, Max Freed, and others).

He coached professionally in Europe and in three American Minor Leagues. In the German Big Leagues, he won a National Championship as Head Coach of the Cologne Dodgers and was named Germany’s Coach of the Year. Annually, Coach Trosky coaches in the Dominican Republic with top Dominican academies and professional Dominican instructors.