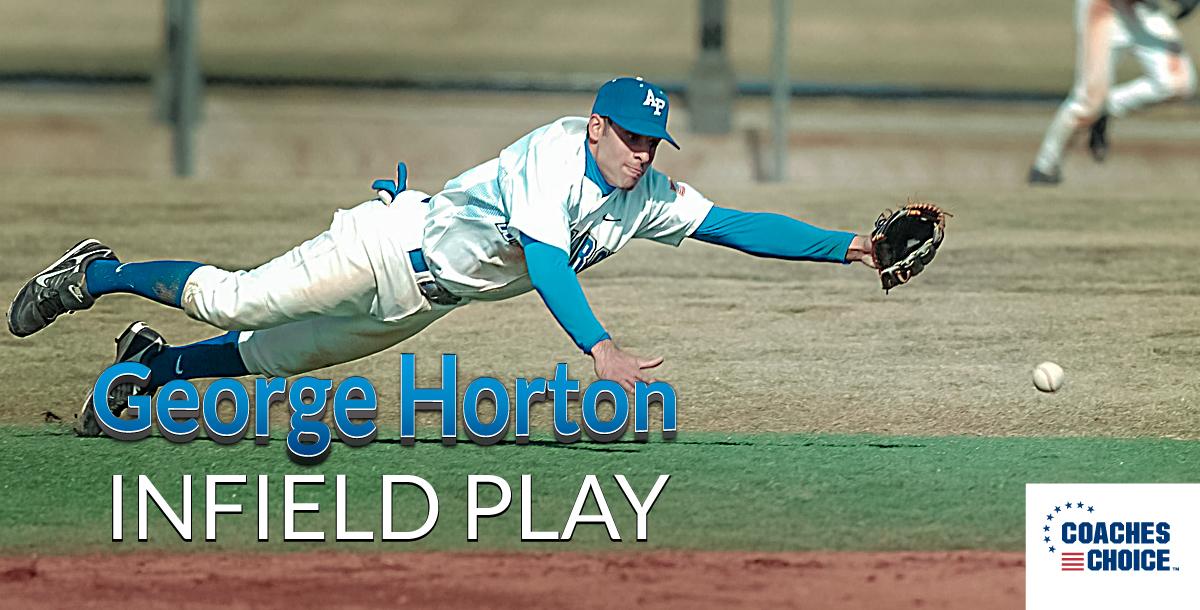 Infield Play presents a comprehensive overview of the fundamentals, techniques, and skills involved in being a sound infielder. Each key factor of effective infield play is explained and demonstrated in a way that is easy to understand and apply. This instructional baseball coaching video is an invaluable resource for coaches who want to improve the performance of their infielders.

Head baseball coach at the University of Oregon

George Horton is the head baseball coach at Cal State Fullerton, a position he assumed in the fall of 1996 after spending the previous six years as the associate head coach for the Titans under legendary coach Augie Garrido. A 1978 graduate of Cal State Fullerton, Horton has had an exceptional career at the helm of his alma mater’s diamond program. In his first nine seasons, he led the Titans to a 356-154-1 overall record and guided his teams to five conference championships, four trips to the College World Series, and a national title in 2004. For his accomplishments, he has twice been named National Coach of the Year (2003 and 2004). Horton began his head coaching career at Cerritos College (CA) where he guided the Falcons to three junior college state championships in six years. He is widely respected as one of the best coaches in the game.