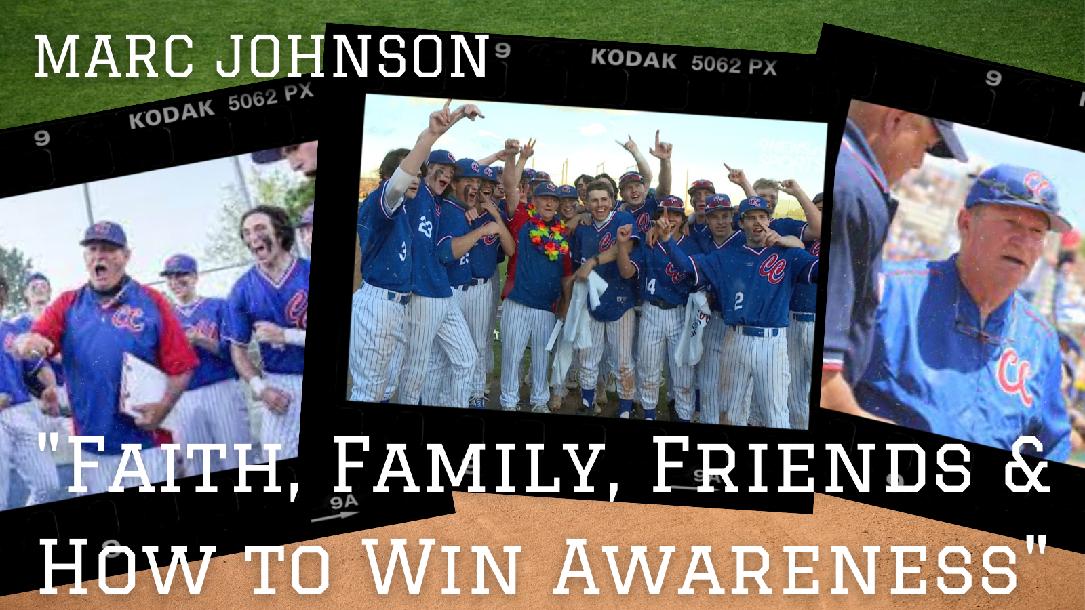 Coaching baseball comes with its obstacles. Faith, family, friends, parents. Etc. Your approach to it all depends on your philosophy on the game. Dealing with parents brings its own set of tasks because players tend to travel more often. Their focus on the game can be sporadic.

Having faith in what you're doing and trusting the process is important when trying to envision the team goal. Making sure home life with the family is good sets you up for success on the field. Friends on the field can make your job both as a player and a coach much smoother.

Rhythm counting is all about feel. Coach Mark Johnson teaches, “feel is the deal”. If you don't feel what you do, you won't be successful with it. If you don't feel your body making the right adjustments, proper reads, it's hard to make an impact as a player.

In this course, Mark Johnson talks faith, family, friends, his approach to the game and his personal philosophies to baseball. He shares his method on teaching high school players and promoting development. Take an insightful look at how a successful coach plans for the game.

Simply click the ‘Book This Course’ button at the top right of this page, place your order, and you’ll immediately be logged into the training with full access. Learn how Mark Johnson goes about winning, philosophies and more.

Marc Johnson, since 1972 the head baseball coach at Cherry Creek High School. In that time, he has amassed 611 wins (prior to the start of the 2010 season) while capturing seven titles and finishing as the runner-up on four other occasions. 40 years of high school coaching, has been the mentor to 15 first-round picks, 75 professional signees, and more than 300 who went on to play baseball in college. Johnson passed his college teammate and longtime Eaton coach Jim Danley on Wednesday to earn CHSAA's all-time wins mark. No. 808

Johnson took over the Creek program in the early 70s with the idea that focusing on the fundamentals of proper execution and that undying attribute of “playing hard” would give his team not only a chance for success within the state but outside as well. The notion that kids from the fair-weather states were better than his own has never sat well with Johnson, so he raised money to take his kids to out-of-state events and show them and all the snowbirds that Colorado’s best could hit the field, and run with the finest teams from the so-called baseball meccas.

Johnson also has coached teams at the international level, including the 1988 U. S. Olympic Under-18 squad that became the first team to defeat Cuba in the International Junior competition. That same team went on to win the gold medal at the World Games in Sydney, Australia.

The Mental Game of Baseball and Softball by Dr.Patrick Cohn
Views: 4265
FREE

Motivate Your Team With These Philosophies by Bob Morgan
Views: 404
$19.99

The #1 Process That World Class Performers Have & No One Can See It by Shawn Humphries
Views: 919
FREE