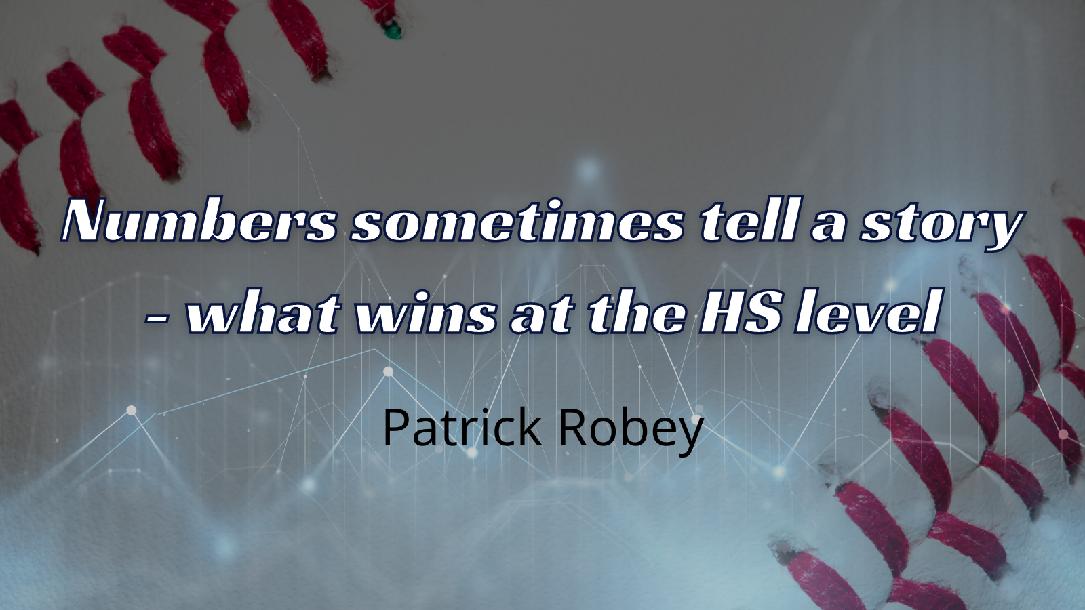 Communication, chemistry and hard work are the keys to success, especially at the high school level. As a baseball coach, it's important to instill these traits into your players. Everything else comes easy. It all starts with practice. It's no surprise, what you do at practice translates to the field on game day.

Competitive drill series is one of the best ways to start off practice because it sets off the team on the right foot, doing team exercises creates competitiveness and chemistry. Giving your players consistent developmental challenges and switching up routines is also another way of keeping things fresh.

In this course, Coach Patrick Robey talks about what it takes to win at the high school level and do it regularly. He mentions the do’s and don'ts of practice as well as the best ways to get the team loose and on fire. Coach talks about ``Learn from those above you, share with those besides you, lift up those “below you”.

Simply click the ‘Book This Course’ button at the top right of this page, place your order, and you’ll immediately be logged into the training with full access. Learn what it takes to win at the high school level today!

1 Numbers sometimes tell a story-what wins at the HS level 40:06

Patrick Robey is the coach for the East Coast Sox. Prior to attending Delta State he played two seasons at Jones College in Ellisville, MS.  After graduating from Delta State he continued playing Independent Professional Baseball in the Texas-Louisiana league for one season.