Baseball / Baserunning Send as a gift!

The Mental Game - Part 2 with Paul Babcock and Pete Meyer 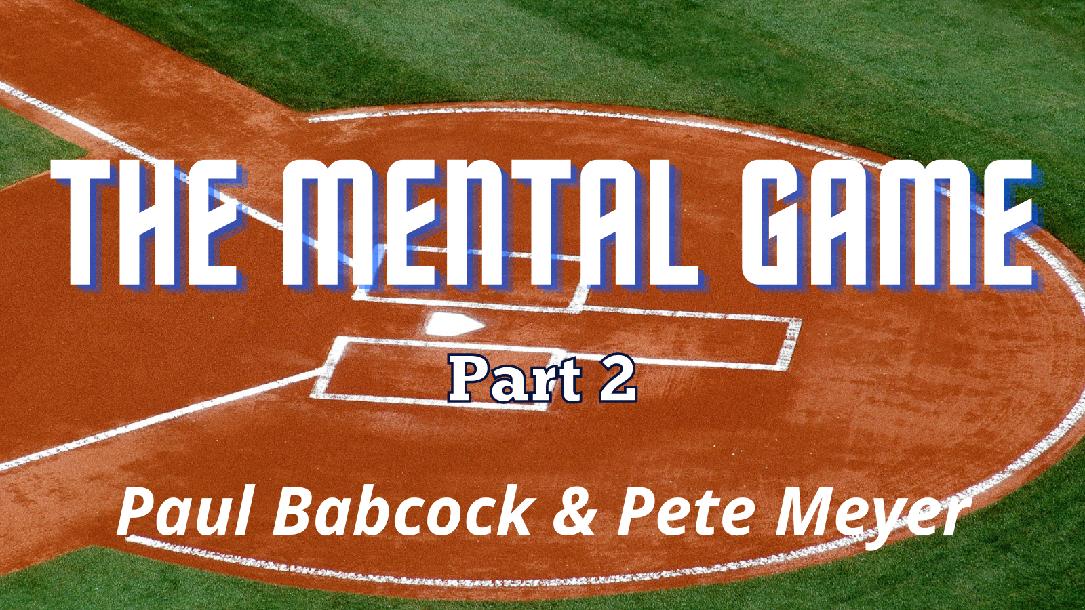 The mental game of an athlete is one that can make or break them. The phrase, “it's all mental” speaks volumes. As an athlete, you can't win if you do not have mental toughness. Your success is directly proportional to how much mental toughness you have. To be mentally tough, you have to be willing to do the things most athletes will not do.

Athletes can be affected by negative psychological factors either outside or inside the body that may obstruct their focus, cause disruptions in their preparation, and, at times, result in injuries. They may experience physical symptoms such as muscles tightening, shaking, and increased sweating. No matter the sport, team or individual, mental toughness is key.

We typically see athletes underperform because they've cracked mentally. Once that happens, the body quickly follows with body language. It's important to stay present in the moment and regain focus.

Many Elite athletes have a constant practice of “staying in the zone”. Resulting in subconscious concentration. Engaging in self-talk is crucial to an athlete's determination. Giving affirmations to oneself gives encouragement to keep pushing as well as  the ability to dilute and manage nerves. Another method of practice is replacing the word “can't”. Top Athletes like Kobe, MJ and Derrick Jeter were some players who were known to have incredible mental toughness, which ultimately resulted in endless accolades.

In this course, Coach Paul Babcock and Coach Pete Meyer break down the importance of having a clear and focused mental game. After all, your mindset is the foundation for anything you do. Everything you need to become mentally bullet proof is right here.

Simply click the ‘Book This Course’ button at the top right of this page, place your order, and you’ll immediately be logged into the training with full access. Start your practices with “get your mind right” today!

Paul Babcock joined the North Central University baseball coaching staff as an assistant coach just before the 2019-20 school year. Prior to coaching at NCU, Babcock had recently been the head baseball coach of the freshman team at Clovis North High School where he led the team to their first ever winning season. Before coaching at Clovis North, Paul was a math teacher and head baseball coach at Alta Sierra Intermediate for over 15 years, where he won numerous league championships. Paul Babcock played college baseball in the 80s. He started out playing for at the time, #1 nationally ranked Fresno State University Bulldogs as a second baseman.

Pete Meyer is the Head Coach of the Mens Baseball Team at Lisle Highschool, Illinois.

Incorporating Base Running into Practice with Tony Vitello by CDC The Colorado Dugout Club
Views: 1191
$9.95