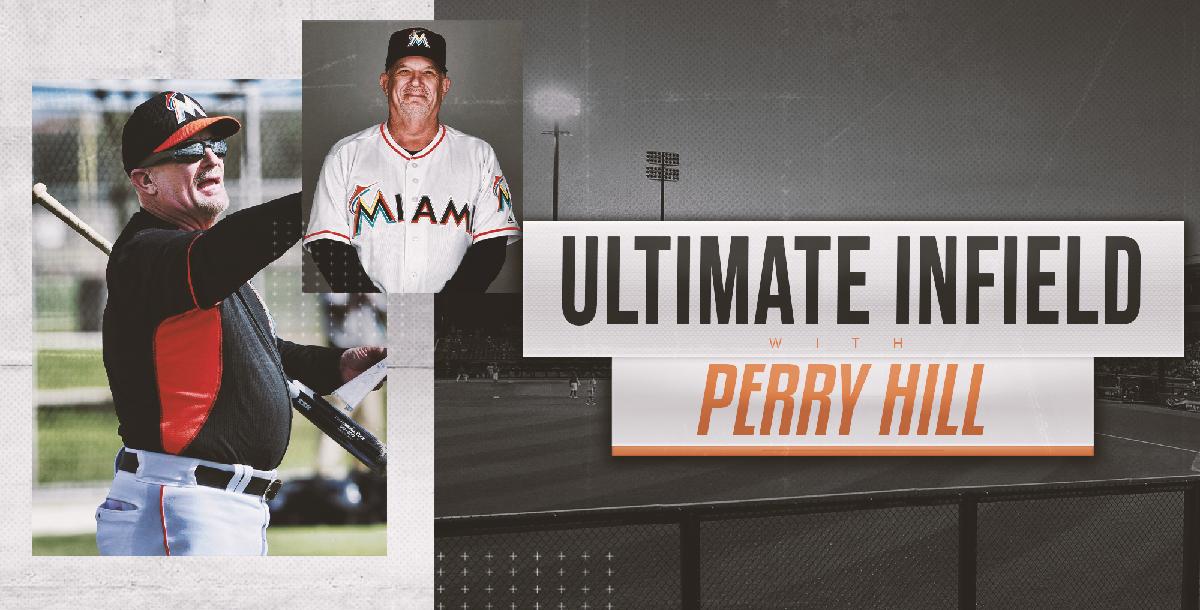 Ultimate Infield is the brainchild of Seattle Mariner's Major League Infield Coach Perry Hill. This course is organized into chapters containing specific skill sets that are demonstrated by pro and youth players. This video can be used as a lesson plan by coaches for little league, high school, and college teams, and is a must-have for parents and coaches serious about properly developing young players. 6 F's! The Ultimate Infield Course illustrates Perry Hill’s Infield System which is responsible for MLB Fielding Records and Gold Gloves spanning three decades.

The system is simple to teach and learn and is taught throughout every level of the Marlins Player Development Program. The beauty of the system is that it can be taught to every aspiring infielder, from Little League all the way to the Major Leagues!  Developed over 30 years in professional baseball, this system will help bring your coaching to a Gold Glove level. Start Learning and Teaching the 6 F's today!

The MLB Network Awards took some time to recognize the best coaches throughout baseball that are too often overlooked. Their ‘Men Behind The Curtain’ segment honored Perry Hill with the 2017 Infield Coach of the Year award.

While announcing the award Billy Ripken and Harold Reynolds had some very nice things to say about Coach Hill.