5 Out Offense Davidson Secondary into 5 Out Motion 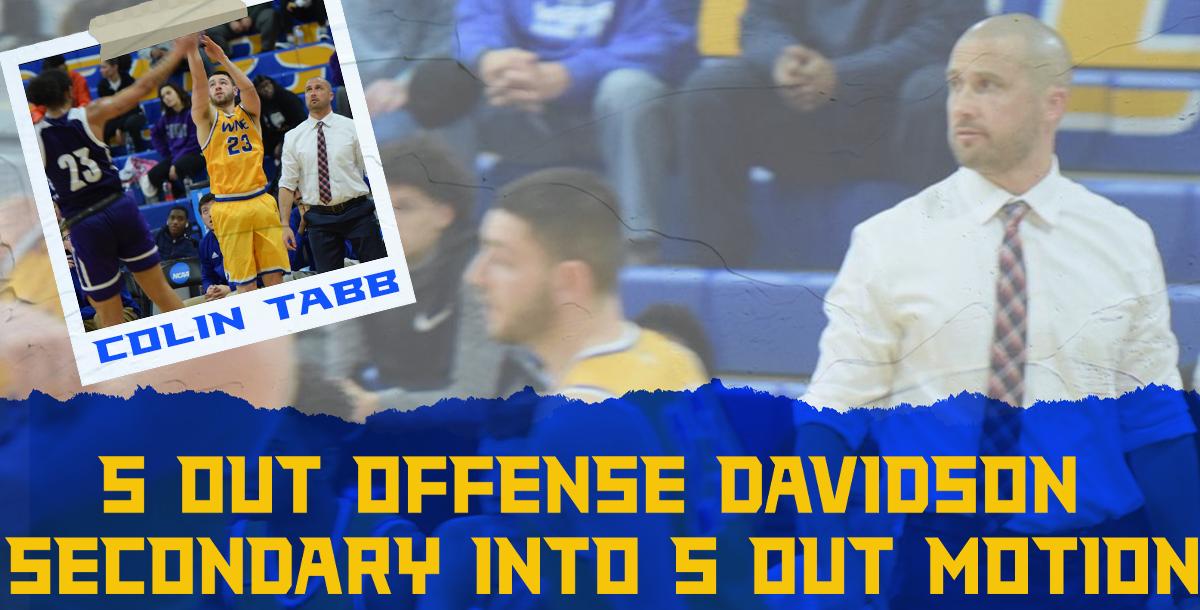 Colin Tabb gives attention to the much-needed team tactics of WNE. Through this course, Tabb will run you through the strategies commonly known as five out offense and secondary into five out motion. He includes a ton of in-game footage with many different scenarios and detailed breakdowns.

Colin Tabb completed his 5th season as the head coach of the Western New England University men’s basketball program in 2019-20.

The Golden Bears continued to improve last season, as Western New England posted its highest win total in more than a decade. Tabb led the Golden Bears to a 10-6 record in conference and a 3rd-place finish in CCC play, representing the program's best league showing since the 2007-2008 campaign. Western New England accomplished another milestone by having it's first winning season since 2007-08, finishing with a 15-11 record.

In addition to posting its best CCC and overall record in years, Western New England had tremendous offensive statistics, while four players also earned All-CCC nominations.  The Golden Bears finished 2nd in Division III assists/turnover ratio at 1.75 and 3rd in the country in assists per game with 20.1/game.  While their ball control was tops in the country, their shooting wasn't far behind.  The Golden Bears averaged 87 points per game (18th in NCAA D3), 11 made 3FGs/game (14th in NCAA D3) and 38% from 3FGs (35th in NCAA D3).  Seniors Mike McGuire (2nd team) and Tim Reilly (3rd team) were joined by Juniors, Alex Sikorski (1st team) and Zach Tavitian (3rd team) in the all-conference selections by the CCC coaches.

Tabb, a former All-America player at fellow NCAA Division III institution Trinity College, took over as head coach at Western New England on August 18, 2015. He replaced Dr. Mike Theulen, Director of Athletics at WNE, who coached the Golden Bears during two stints from 2005-08 and 2012-15.

I was really excited to watch this.. We run a lot of similar stuff at the High School level. It was disappointing that the film buffered so much.. You can't see what coach is talking about.. I don't know if there is a way to "remaster" what could be an excellent course!