5 Things To Do When Your Offense Isn`t Working 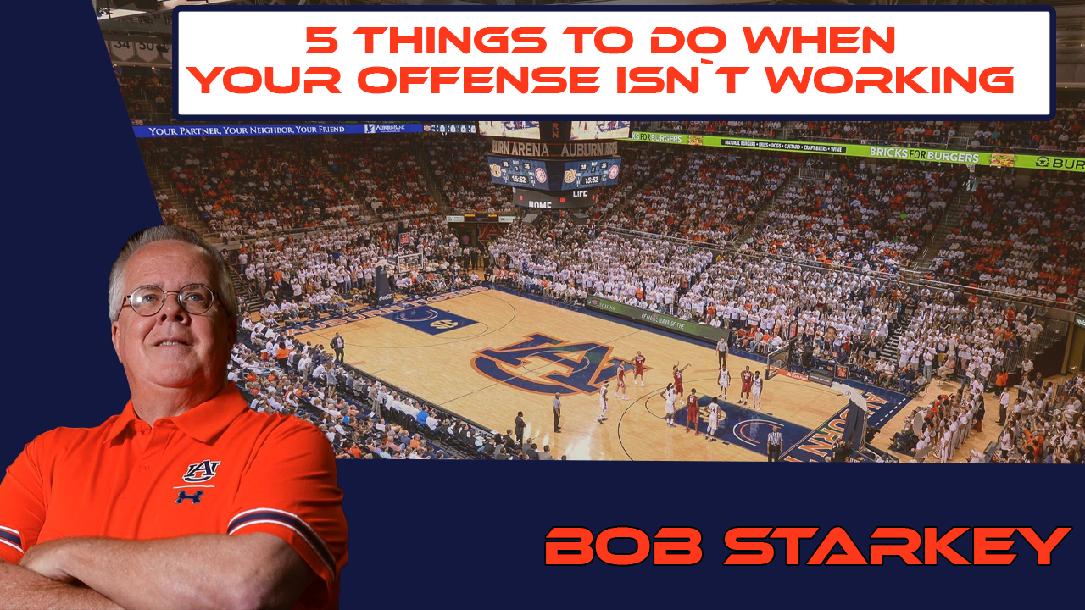 Everyone likes a basketball team who scores effortlessly, it's fun to watch. However, in order to become an offensive team there are hurdles you must overcome. There are typical problems every team faces when revolving the offense.

Coaches must focus on their zone offense troubleshooting when things get stale. Since the game has become a shooters league, a majority of teams face the same problems. A lack of movement stings the offense as players become stagnant in their catch and shoot role. Players now love to shoot the ball, emulating curry. Therefore resulting in a lack of penetration. It has now become one of the most undervalued and underutilized strategies, driving to the basket for a drunk or layup was the foundation of basketball.

Another problem is a lack of offensive rebounding, which allows the offense to get into rhythm and create second opportunities to score. As well as a lack of passing which forces drives, forced shots and forced passes, resulting in turnovers and bad possessions.

When there is a problem, there is always a solution. There are keys to a successful offense. Creating spacing is one of the best tools in offense. For example, Steph curry. His ability to shoot the ball from everywhere causes the defense to open up and leave space. Making sure your scorers are getting their touches to create opportunities. Great ball movement is key to an open shoot or basket. Paint touches and extra passes can go a long way.

It's vital to focus on problems that arise and look for ways to solve those problems. Bob Starkey, the Assistant Coach at Auburn University has created and incorporated strategies to help offenses overcome their hurdles. Introducing..

**5 Things to do when your offense isn't working  training**

In this course, Coach Bob Starkey discusses tips and tricks to help improve your offense when things become stagnant. He breaks down how to implement drills into practice and make sure your players get their touches.

Simply click the ‘Book This Course’ button at the top right of this page, place your order, and you’ll immediately be logged into the training with full access. You’ll hit the ground running and improving your offense today!

Bob Starkey is the Women's Basketball Assistant Coach at Auburn University. Widely considered one of the top minds in all of college basketball, has been named an assistant coach for Auburn women's basketball. Harris said. "Bob is a game-changer for Auburn women's basketball. His experience building and coaching championship teams will be invaluable to our program. I have known Bob for many years, and there is no better basketball mind that we could have as part of our staff. Our young ladies will benefit greatly from his ability to share his knowledge of the game and his commitment to a championship mentality".

Starkey, who has more than 30 years of experience in the SEC, comes to The Plains after recently completing his ninth season as an assistant at Texas A&M, where he helped lead the Aggies to the SEC regular-season title. Starkey has had a decorated career, having been a part of 780 collegiate victories, 24 NCAA Tournaments, eight trips to the Elite Eight and five straight trips to the Women's Final Four (2004-08), including serving as Acting Head Coach for LSU's 2007 Women's Final Four run.

Starkey was named to the A Step Up Assistant Basketball Coaches Hall of Fame in March of 2020 for his incredible career and contributions to the game of basketball.