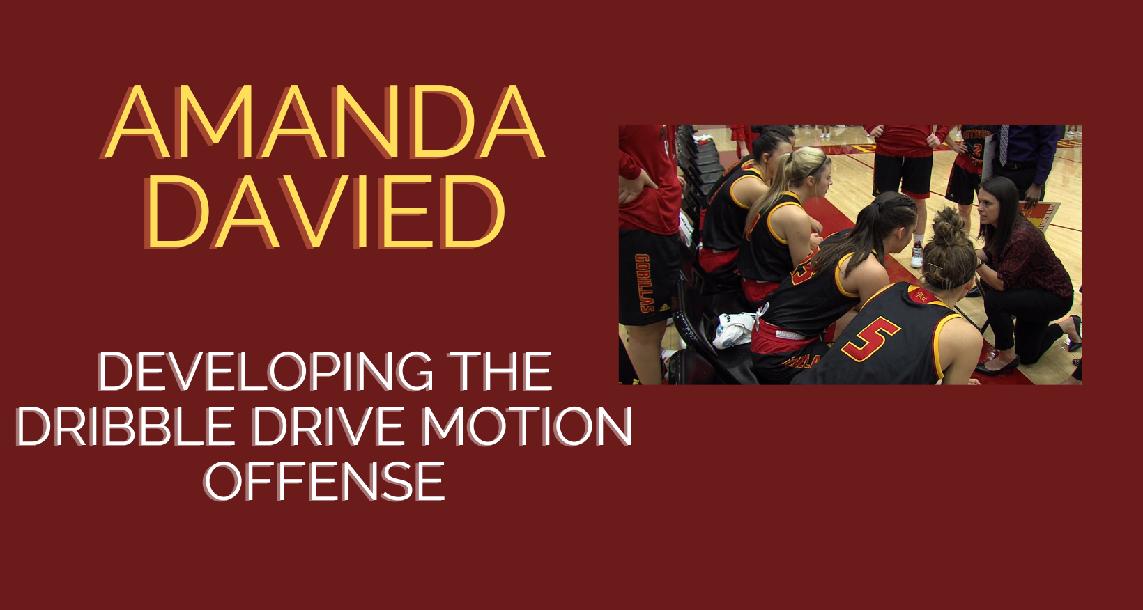 Coach Amanda Davied of Pittsburg State breaksdown how she implements the Dribble Drive Offense in this clinic presenation.  Coach Davied shares her basic philosophy of the offense, along with terminology, then goes into the basics actions of the offense.

Amanda Davied begins her third year as head women’s basketball coach at Pittsburg State University after being hired to the position on May 21, 2018. She has a 38-20 (.655) record leading her alma mater.

Davied guided her alma mater to a berth in the 2018-19 NCAA Division II National Tournament in her debut season, becoming the first Pitt State head coach in program history to enjoy a 20-win season in year one of their tenure. She led the Gorillas to a 17-11 overall record last year.

Davied, who served the previous 14 seasons as the assistant coach for her alma mater, replaced her former mentor, Lane Lord, who accepted the head coach position at NCAA Division I member University of Texas Rio Grande Valley.

As the Gorillas top assistant the previous 14 years, Davied served as the team’s recruiting coordinator and was highly involved in all aspects of the administration of the women’s basketball program.