Basketball Mindset Bouncing Back from Injuries 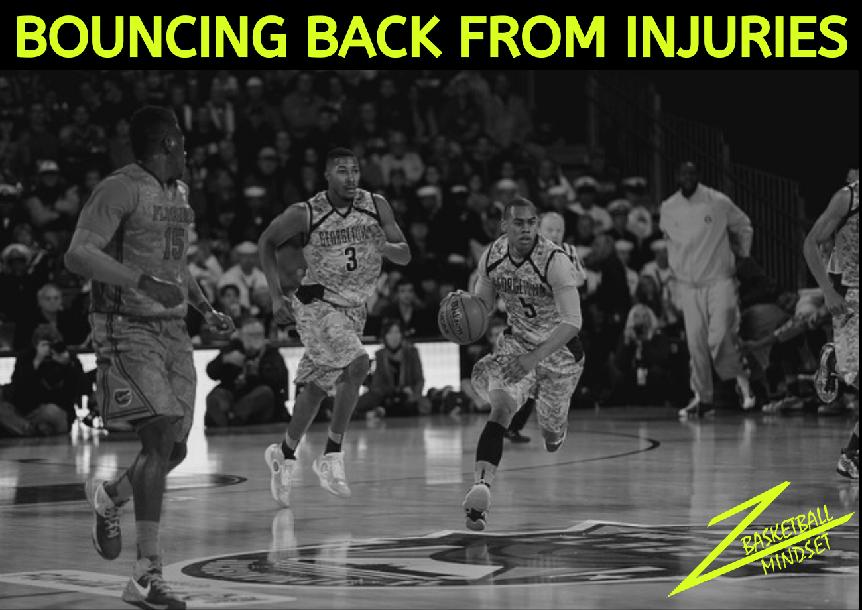 The Basketball Mindset Bouncing Back from Injuries Series includes the following topics:

***Playing through the Pain

***Turning the Injury into an Advantage

Owner and Founder of Z-Winning Mindset & Basketball Mindset Gene Zannetti gives you tools and techniques to help your injury and recvoery on the basketball court and in life.

***This is an Online Course. You will Get Permanent Access to the Basketball Mindset Workbook (Ebook) and video lessons explaining each exercise.

Co-founder Gene Zannetti graduated with a Psychology degree from the University of Pennsylvania. He has two masters degrees; one in Sport Psychology and the other in Clinical Psychology. Gene is a certified School Psychologist, Personal Trainer and Nutritionist. His masters degree thesis (Perfectionism & Anxiety) has been published in the International Journal of Wrestling Sciences.  Gene was a nationally ranked All-Ivy League wrestler at UPenn.

Co-founder Jeff Zannetti graduated with an Economics degree from the University of Pennsylvania and studied business at the Wharton School of Business. Before starting Winning Mindset he worked in finance at Bear Stearns, Lehman Brothers, Barclays Capital and Merrill Lynch. Jeff was a nationally ranked All-Ivy League wrestler at UPenn.

Gene and Jeff have studied the best athletes, coaches, teams & experts in the world to learn the secrets of performance success. This led to the development of a one of a kind, trademarked Wrestling Mindset program. After growing Wrestling Mindset into the #1 wrestling specific mindset program,  Gene and Jeff expanded their systematic mindset training into all sports, business and weight loss. Winning Mindset coaches have worked with thousands of athletes, teams,  professionals & coaches. This includes the Men’s & Women’s USA Olympic Team, UFC fighters, national champions, state champions as well as youth and rec programs throughout the country.

You just booked "Basketball Mindset Bouncing Back from Injuries "