Basketball Shooting: Off the Pass, Off the Dribble and in the Post 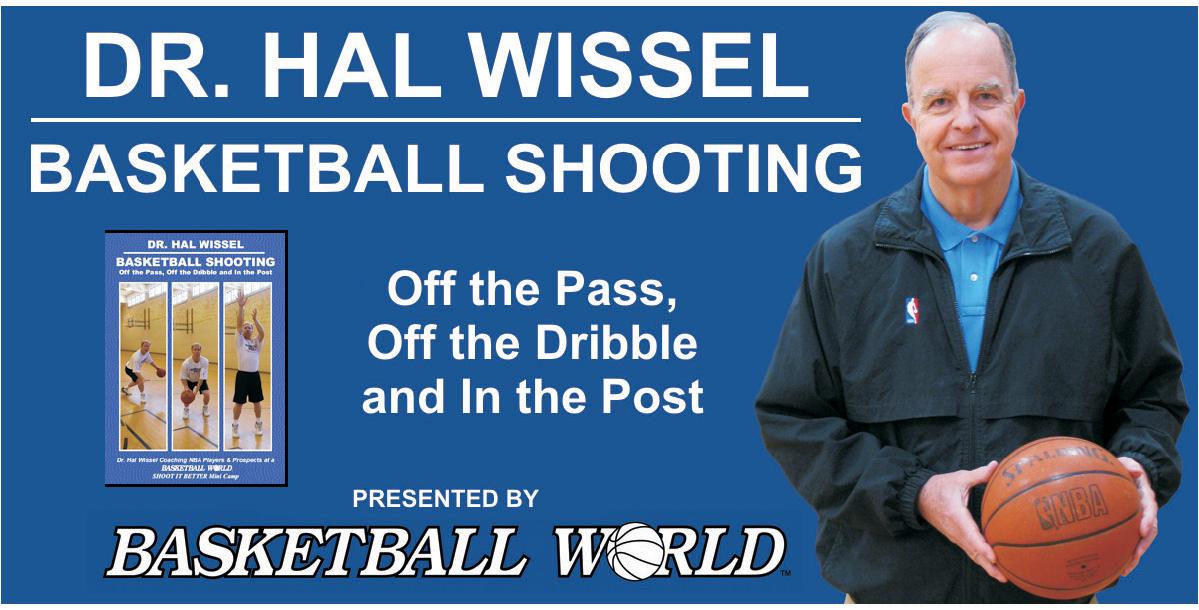 Basketball Shooting: Off the Pass, Off the Dribble and In the Post includes additional drills to take players' games to the next level. This course compliments the instruction offered in Hal Wissel's first course, Basketball Shooting: Confidence, Rhythm and Mechanics. Coach Wissel teaches shooting off the catch from inside-out, strong-side and weak-side passes. Players will learn how to cut off screens and to shoot with a quick release.

Shooting off the dribble is taught with a series of lead-up drills including, setting up your jump shot using a shot fake, and picking the ball up off the dribble in balance and with correct hand position. Players learn to use the jump stop and crossover dribble when driving to their weak-side. Players are shown how to finish their dribble with a jump shot, lay-up or runner.

Also included in this course are one-on-one drills, and shooting contests that can be done individually or with teammates.

This course, along with Basketball Shooting: Confidence, Rhythm and Mechanics, will show players and coaches how Coach Wissel integrates breakthrough mental and mechanical techniques to improve shooting confidence and skill.

You just booked "Basketball Shooting: Off the Pass, Off the Dribble and in the Post"