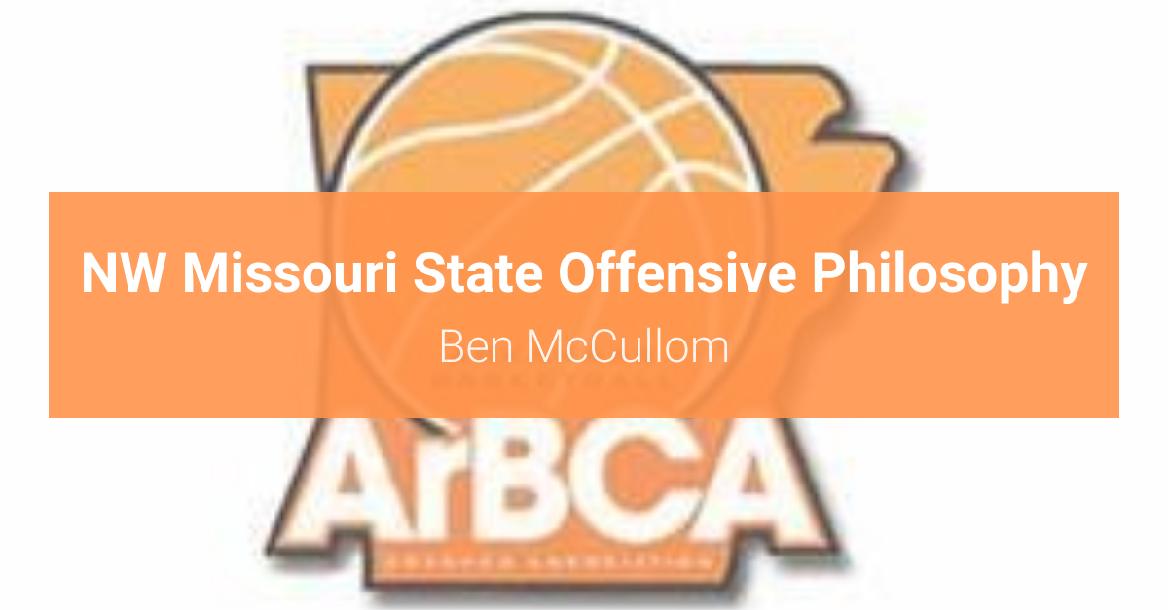 NW Missouri State has been the subject of film study for the past few years.  In this clinic presentation, Coach Ben McCollum gives insight into what makes his program one of the top programs in all of college basketball.  Coach McCollum discusses the basic offensive philosophy, along with how they incorporate ball screens into the offense.  An extended Q/A session is also included in the presentation.

No stranger to Northwest Missouri State or hard work, Ben McCollum has helped return that mentality back into Bearcat men’s basketball. McCollum was tabbed the 20th head coach in Northwest men’s basketball history prior to the start of the 2009-10 season.

Over the past four seasons, McCollum has guided Northwest to a mark of 131-6 and two NCAA Division II national championships (2017, 2019). Northwest's four-year stretch of 131 wins is an NCAA Division II record and ranks No. 9 among all NCAA divisions over four consecutive years.

McCollum has guided the Bearcats to seven straight MIAA regular season titles and five consecutive MIAA tournament crowns. In 11 seasons at Northwest, McCollum has an overall record of 272-76.

In 2019-20, the Bearcats posted a 31-1 record. The Bearcats also captured the MIAA regular season title and MIAA Tournament crown. The Bearcats were poised to host their fourth consecutive NCAA Division II Central Region Tournament before the NCAA decided to cancel the 2020 tournament because of COVID-19.

The 'Cats were led by MIAA player of the year Trevor Hudgins and MIAA defensive player of the year Ryan Hawkins. Hudgins led the nation in three-point field goal percentage (53.3%) and ranked No. 3 in the country in assist-to-turnover ratio (3.6). Northwest set the MIAA and school record for consecutive wins with 46 during the season. Northwest shot an NCAA Division II-best 45.7% from three-point range.