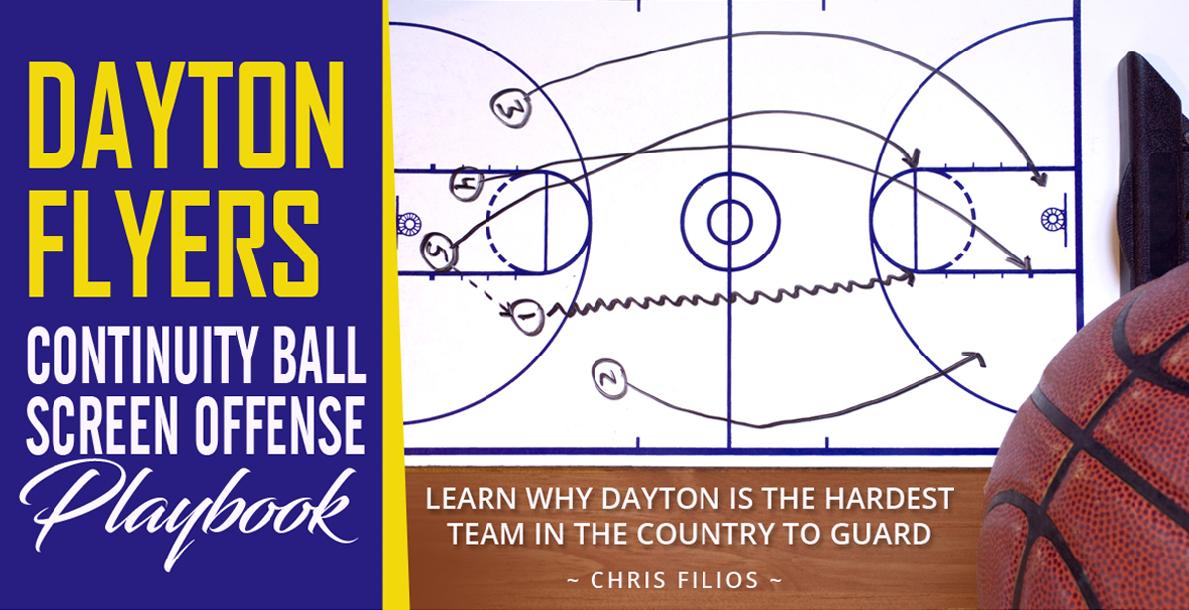 The Dayton Flyers were powered by an efficient, high-flying (pun intended) offense, rolling through the A-10 with an undefeated league record.

They would have been a #1 seed in the NCAA Tournament.

And there’s a reason for that…

The man at the helm is Head Coach Anthony Grant.  Coach Grant was an assistant coach for Billy Donovan and the Oklahoma City Thunder. Still, his offensive scheme has decidedly college roots; Dayton primarily runs a version of the Continuity Ball Screen offense that has spread around the entire D1 level.

It just so happens, we now have access to the Dayton Flyers Basketball Playbook.

And the name could not be more accurate.

This just-released playbook contains EVERYTHING you need to know about this incredibly effective approach – as it is employed by Coach Anthony Grant at the University of Dayton.

You can gain instant access to this playbook by clicking here:

Remember:  Even if you don’t use the Continuity Ball Screen Offense…you will undoubtedly have to face it.

Committed to your success!

P.S.  Having this offensive basketball playbook – as used by the guys at the top – is a fantastic opportunity.