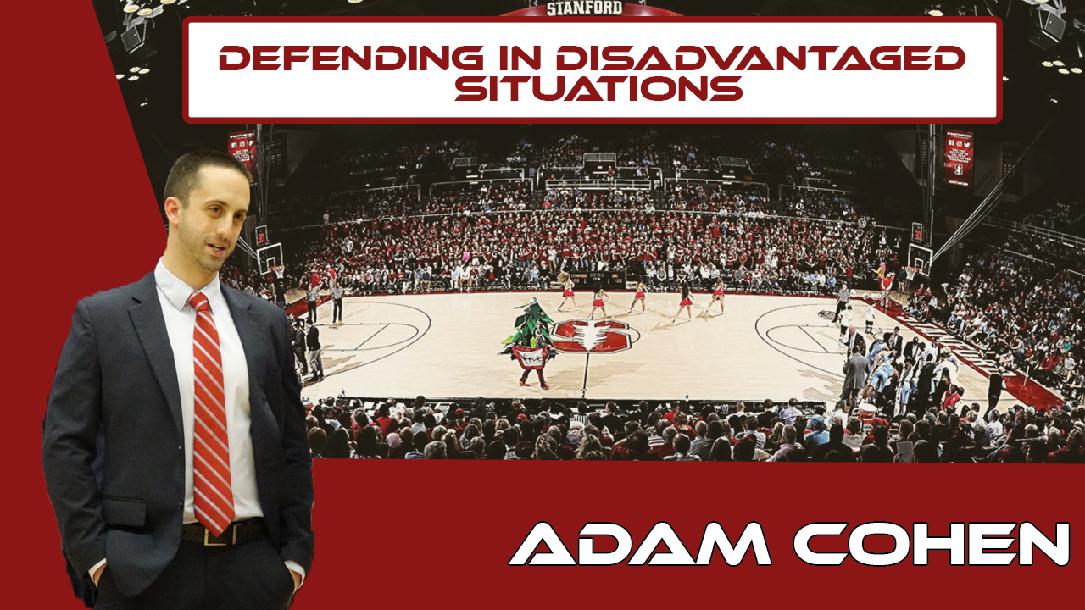 As Stanfod basketball is known for their phenomenal defense, Coach Cohen as their defensive coordinator is absolute defensive mastermind. In this course, Coach Cohen breaksdown almost every possible disadvantage defensive situation and gives us tips how to either disturb the flow of offense in those situations and get a stop.

He breaks down how to guard transition, how to help after defender gets beat in 1 on 1 situations, how to protect the paint and he shares different tactics on how to respond to disadvantage and how to recover as soon as possible. If you are looking to boost your defense and get extra stops each game, this course is for you!

Adam Cohen is the Assistant Basketball Coach at Stanford. Adam Cohen, recognized as one of the nation’s top young basketball coaches, has made a strong imprint in his first five seasons at Stanford. Cohen owns more than a decade of experience as a college basketball mentor, including nine as a collegiate coach. Regarded as a top-notch teacher with a strong pedigree for developing talent, Cohen has helped mentor several all-conference players. Leading all recruiting efforts for the Cardinal program, Cohen was instrumental in landing one of the best recruiting classes in school history for 2020. Stanford’s 2020 class was regarded by nearly all the recruiting services as a top-10 class, led by top-five signee Ziaire Williams, the highest-rated student-athlete in program history.

Regarded as one of the game’s rising young coaches, the NABC named Cohen to its prestigious 30-under-30 Team, recognizing the nation’s top assistant coaches, at the 2016 Final Four in Houston. He was invited to take part in the prestigious Athletic Director U’s Collegiate Coaching Consortium at the 2018 Final Four in San Antonio. Prior to Vanderbilt, Cohen was an assistant coach at Harvard. During the 2013-14 campaign with the Crimson, he helped guide the program to its fourth straight Ivy League title, an NCAA Tournament appearance, and program records for overall victories (27) and conference wins (13). He helped develop several All-Ivy selections, including Player of the Year Wesley Saunders.

NEW!
Building a Culture of Toughness by Michael Jagacki
Views: 122
$20