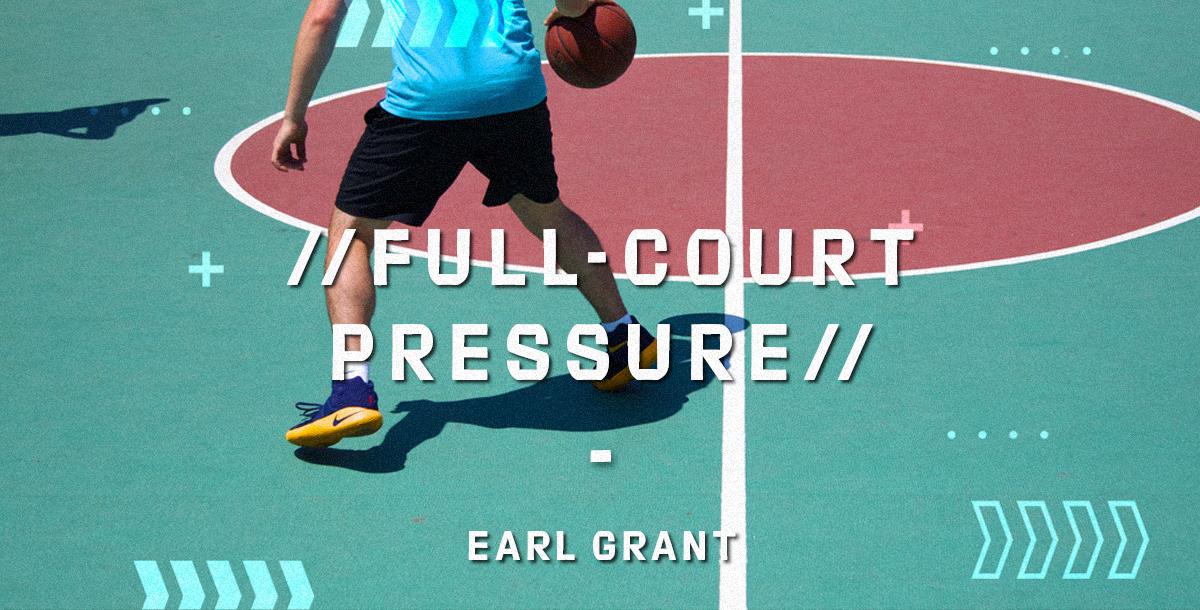 Head Coach Earl Grant and his staff have turned the College of Charleston men’s basketball program into a consistent championship contender in the Colonial Athletic Association over the past five seasons.

A former Lowcountry prep star out of R.B. Stall High School in nearby North Charleston, Grant has guided the Cougars to three-consecutive 20-win campaigns and a 49-11 home-court winning record (.817) at TD Arena the last four years. He earned his 100th career coaching victory in a 70-61 win against rival UNCW on March 2, 2019, at TD Arena.

In 2018-19, CofC posted a 24-9 overall record with non-conference victories over Rhode Island, VCU, and Memphis. Two players – Grant Riller and Jarrell Brantley – were named to the All-CAA First Team. Known for their gritty defense, the Cougars led the CAA in scoring defense for the fourth-straight year holding opponents to 68.6 points per game. CofC also ranked No. 17 in the nation in turnovers per game (10.5 avg.) and No. 16 in free-throw percentage (76.4%).

Known as a player's coach, Grant and his staff helped develop Brantley into a 2019 NBA Second Round Draft Pick - the third-ever College of Charleston player to be drafted. He is currently a two-way player with the Utah Jazz.

A finalist for the 2019 Skip Prosser Man of the Year Award, presented annually to a coach who not only achieves success on the basketball court but who also displays moral integrity off the court, Grant led the Cougars to a memorable run in 2017-18 that included the program’s second-straight 25-win campaign, an impressive 26-8 overall record and 14-4 mark in Colonial Athletic Association play. The co-regular-season champions earned the No. 1 seed in the CAA Men’s Basketball Championship and defeated No. 2 seed Northeastern in an overtime thriller to punch the program’s first ticket to the NCAA Tournament since 1999.

In addition, the Cougars went an undefeated 14-0 at home at TD Arena, won 11-straight games including 14 of their last 16, and produced four all-conference honorees in All-CAA First Team selections Joe Chealey and Grant Riller. Jarrell Brantley was also named to the All-CAA Second Team and Cameron Johnson to the CAA All-Defensive Team for the third year in a row. It also marked the first season in program history to have four 1,000-career point scorers on the roster in Chealey, Johnson, Brantley, and Riller.

In 2016-17, Grant led the Cougars to a 25-10 overall record and 14-4 mark in Colonial Athletic Association play. It marked the program's first 20-win campaign since 2013. Charleston, seeded a program-best No. 2, advanced to the championship game of the CAA Tournament for the first time since CofC joined the Colonial in 2013. They were also selected and made their fifth all-time appearance in the Postseason NIT. It was their first postseason berth (NCAA or NIT) since 2011.

"Earl Grant has brought excitement and championship basketball back to the College of Charleston," College of Charleston Athletics Director Matt Roberts said. "In just four years, he and his staff have led the Cougars to a Colonial Athletic Association Championship title and the program's first NCAA Tournament appearance in 19 years. His student-athletes continue to excel in the classroom, on the court and in the community. It is an honor to work alongside a coach of his caliber, who is committed to comprehensive excellence. We are excited to have Earl as the leader of our program."

In his second season with the Cougars, Grant and his staff turned the program into one of the most improved in NCAA Division I and developed four all-conference players including Colonial Athletic Association Rookie of the Year and All-CAA Third Team selection Jarrell Brantley – the first freshman to receive such honors since 2006.

The Cougars also finished the 2015-16 season ranked No. 8 in the nation in scoring defense holding opponents to an average of 62.0 points per game – the seventh-lowest average in the program’s NCAA Division I era. They also limited 16 of their 18 CAA opponents to 65 points or less and allowed a league-low 59.2 points per game in conference play. In addition, CofC went 9-4 in non-conference action including an upset of preseason Top-25 ranked LSU and projected No. 1 NBA Draft pick, Ben Simmons, on November 30, 2015, at TD Arena.

Known as a top recruiter, Grant has also signed back-to-back recruiting classes that will help the Cougars continue to contend for CAA Championships. He previously spent four seasons as an assistant coach at Clemson under Brad Brownell, where he made a positive impact on the Tiger men’s basketball program, both in recruiting and with player development. He worked primarily with Clemson’s point guards.

He recruited 2014 first-team All-ACC selection, K.J. McDaniels, to Clemson, where he ultimately ended up averaging 17 points per game as a junior and was named ACC Defensive Player of the Year, before declaring early for the NBA Draft. McDaniels was selected 32nd overall in the 2014 NBA Draft by the Philadelphia 76ers.

Several Tiger point guards have flourished under Grant’s mentoring including incumbent starter Rod Hall. After recruiting the Augusta, Ga., native to Clemson, Grant has seen Hall develop into one of the leaders of the program. During the 2013-14 season, Hall was second on the team in scoring average and ranked among the ACC’s top 10 in both assists per game and assist-to-turnover ratio.

In 2010-11, Grant worked with Demontez Stitt, who was named third-team All-ACC and was a member of the All-ACC Tournament Team. Demontez is the older cousin of CofC senior point guard Anthony Stitt. That same season, Grant helped Andre Young to an ACC-leading 2.55 assist-to-turnover ratio. Young went on to lead the conference in steals per game as a senior in 2011-12, earning All-ACC Defensive Team honors. He also led the Tigers in scoring under Grant’s direction.

Clemson put together strong team results with Grant in the fold as well. In 2013-14, the Tigers went 23-13 overall and recorded a 10-win improvement from the previous season. Clemson advanced to the NIT semifinals and was 10-8 during the ACC regular season.

In Grant’s first season in 2010-11, Clemson put together a 22-12 overall record and 9-7 league mark in the ACC. The Tigers earned the No. 4 seed at the ACC Tournament and advanced to the semifinals in Greensboro, N.C. Clemson also went to a fourth-consecutive NCAA Tournament and won its first-round game over UAB, 70-52, in Dayton, Ohio.

Clemson was strong defensively in four seasons with Grant part of its coaching staff. In 2010-11, the Tigers ranked No. 24 nationally in scoring defense. In 2011-12, Clemson yielded just 60.6 points per game to the opposition, the second-best figure among ACC schools. In 2012-13, the Tigers dropped their average even further to 60.1 points per game. That figure dropped to an ACC era-best at Clemson – 58.4 points per game – in 2013-14. The Tiger perimeter defense was No. 1 nationally defending the three-pointer (.286) last season.

With Grant on board, the Shockers made gradual improvement each season, culminating with a 25-10 overall record and 12-6 Missouri Valley Conference mark in 2009-10. The Shockers advanced to the championship game of the MVC Tournament and also earned a bid to the National Invitation Tournament. In 2008-09, Wichita State made its first postseason appearance in three years.

The 2006-07 campaign was a memorable one for Winthrop. With Grant’s assistance, the Eagles claimed a 74-64 upset over No. 6-seeded Notre Dame in the opening round of the NCAA Tournament. It was Winthrop’s first NCAA Tournament win in seven tries. Grant helped the Eagles to a 29-5 overall record and unblemished 14-0 mark in Big South play. He had a positive effect on the play of guard, Torrell Martin, one of the Eagles’ top players in the history of the program.

In 2005-06, Winthrop finished the season with a 23-8 overall record and came within two points of upsetting Tennessee in the NCAA Tournament. Grant’s first season at Winthrop was 2004-05, when the Eagles went 27-6 overall.

Prior to joining Marshall’s staff at Winthrop, Grant was an assistant coach at crosstown rival The Citadel from 2002-04.

A former student-athlete, Grant played two years at the NCAA Division II level at Georgia College in Milledgeville, Ga. He led the school to two appearances in the NCAA Tournament and to consecutive Peach Belt Conference Championships (1999 and 2000). In 2000, the Bobcats advanced all the way to the Elite Eight of the NCAA Division II national tournament. He was named an All-Peach Belt First Team selection in 2000.