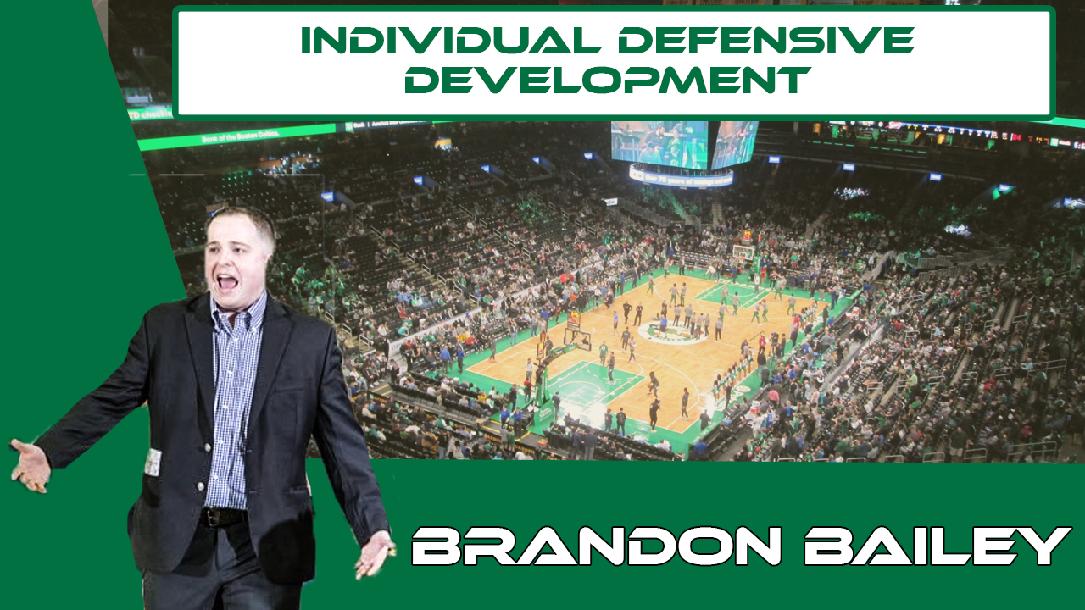 Player development is crucial for a team's success, especially on the defensive end of the game. Everyone knows offense sells tickets but defense wins championships. However, teams don't become defensive powerhouses overnight. It takes years of practice of repetition.

In many sports offense is deemed to be the most important facet of the game because the objective is to score more points than your opponent. However, if you're able to stop your opposite team from scoring.. You don't have to score nearly as much to win the game. Great defense minimizes your opponent's possession time and shooting percentage per possession, resulting in fewer points and the inability to create momentum.

As a basketball player, you need quickness, footwork, and a deep understanding of the fundamentals to play good defense. In basketball, a good defense requires you to attack the basket while limiting the opponent's scoring opportunities.

It's crucial to play great defense to get more offense. Tough defense increases defensive rebounding. If your players are constantly getting beat off the dribble and are out of position defensively, they can't box-out effectively.

Having a great defense puts you in position to achieve great things in a season. You can learn from the National Basketball Association's best teams. Introducing the Boston Celtics Assistant Coach Brandon Bailey’s.

Assistant coach of the Boston Celtics Brandon Bailey breaks down the importance of player development, especially on the defensive end. He discusses drills and techniques used and practiced by the Boston Celtics. As well as how to improve your players' defensive impact.

Brandon Bailey is the Assistant Coach of the Boston Celtics. Bailey rejoins the Celtics after spending the 2017-19 and 2018-19 seasons serving as the Head Coach for the Celtics’ NBA G-League affiliate Maine Red Claws. In his two seasons for the Red Claws he saw two of his players receive call-ups (Andrew White – 2017-18 and Justin Bibbs – 2018-19). Bailey began his career with the Celtics in their video department as a video intern in 2011.