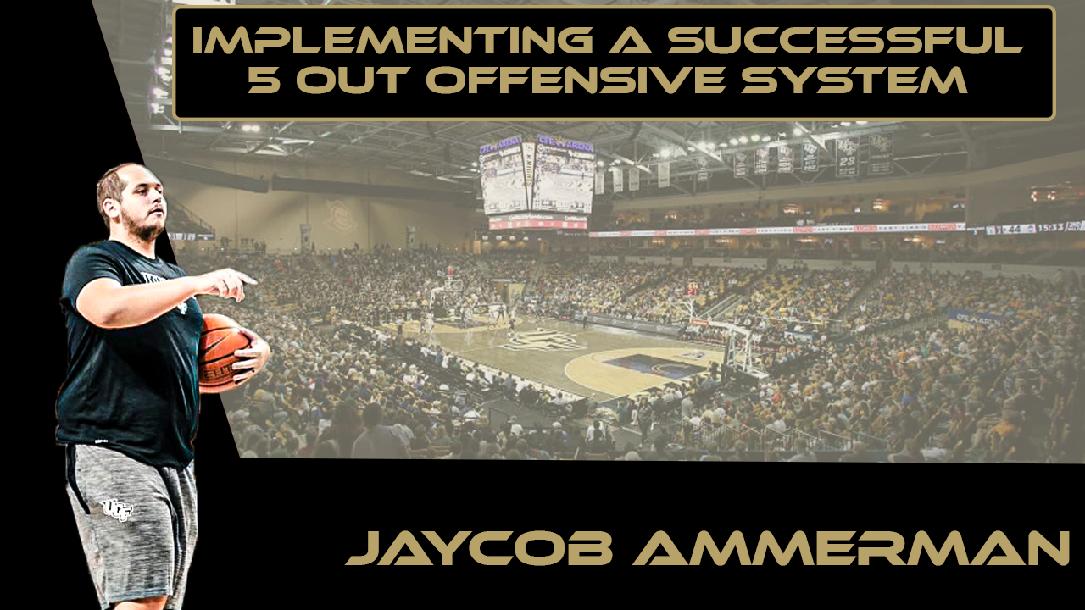 Do you want to learn how to successfully implement and teach the 5 Out Offensive System? Well, you've come to the right place! In this course, Coach Jaycob Ammerman reveals 5 Key Concepts you need to know in order to master the 5 Out Offense. He breaks down both philosophies and NBA film in order to completely show you everything you need to know for your team to dominate on the court. He also heavily emphasizes that you need to slow down to teach your players and hold them accountable to what you are teaching them. If you are a coach who wants to add a new system to your offensive arsenal or switch up how you can teach the game then you do not want to miss out on this course.

He starts the course by breaking down the 5 Key Concepts with the acronym S.P.A.C.E. He details them all out with philosophies and NBA game film that you need to see in order to completely grasp how to run the 5 Out Offense. Not only will this add another offensive system to your arsenal, but it will also help your set your team up for the easy buckets. Following these 5 Key Concepts will make it easy for you to learn the extent of the 5 Out Offense and make it easy to implement to your team. If you want to find out more about these 5 Key concepts then this course is a must.

Next, he moves into drilling each concept. He details different methods and functional ways to make it easy to drill them out so your players can easily master out the 5 Out Offensive System. One of the main points he makes during this section is to rep it out. Practice makes perfect so you have to drill each one to ensure that your kids understand it. He also says that many people learn in different ways, so you should teach it in different ways. You can draw it out on a whiteboard, show film of people doing it successfully, and rep it out. If you want to find out more about how to teach these concepts to your players then this is the course for you!

Finally, he breaks down the rules for the 5 Out Offensive System. This is where he basically talks about what to do and how to do it. These rules are pretty simple and can easily be taught to your players so they master the court.