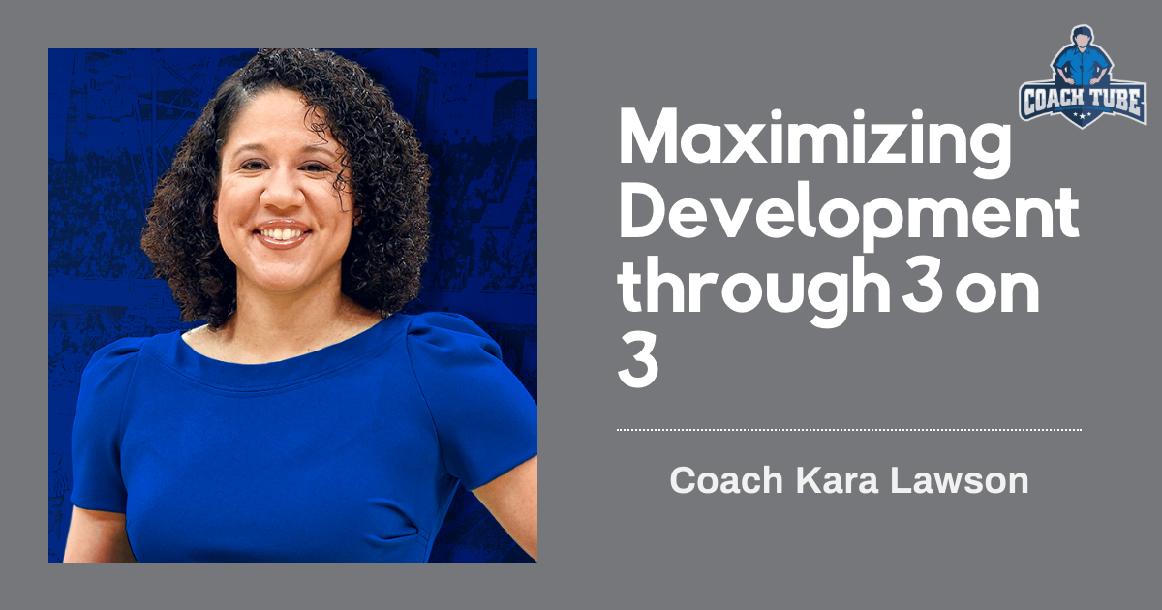 Duke's Women Basketball Head Coach Kara Lawson presents on 3 on 3 games. In this course, you will learn the bascics of 3 on 3 games and why they should be incorporated in practice and how is it going to help your team to win. Coach Lawson breaks down game film of Team USA 3 on 3 games.

Kara Lawson is Duke University's Head Women's Basketball Coach. Previously she was with Boston Celtics as an assistant coach. Former WNBA player spent 12 seasons playing professionally for Sacramento Monarchs, Conectticut Sun and Washington Mystics. She won WNBA championship in 2005 and was selected to WNBA All-Star Game in 2007. She played college basketball for legendary coach Pat Summit at the University of Tennessee. Coach Lawson also won gold medal in 2008 olympic games as a player.