Kinetic Shooter: The Art of using efficient energy and motion in the shot 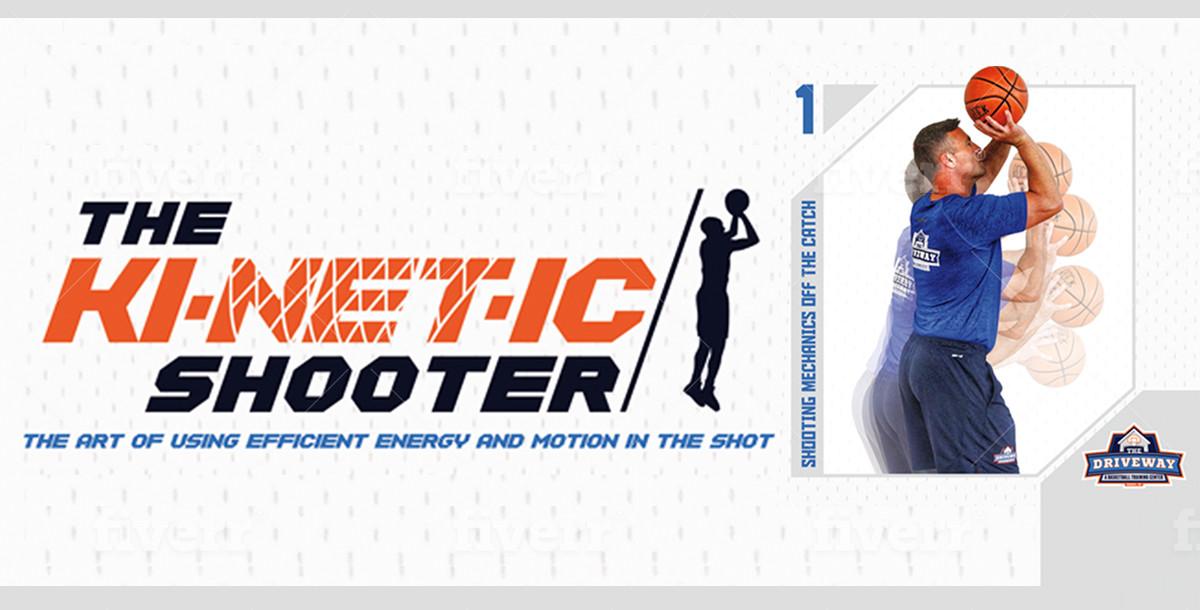 Here’s a hypothetical for you…

Let’s say you decide to build an addition on the side of your house.

You find a carpenter who was referred to you by a friend.

His plans are sharp.

He shows up when he says he will and checks on those “contractor” boxes.

You come to an agreement and the work begins…

But the first day on-site, as you’re watching his crew put up the framing, you notice something odd…

Every time a nail needs to be stuck.  He stops and hands off the hammer to another guy who actually drives the nail home.

This goes on all day.

You realize that the guy who’s supposed to be running the show hasn’t hit a single nail.

You HAVE to ask.

“Joe, I couldn’t help but notice that you don’t hit any nails yourself.  You always hand your hammer off to someone else. Why’s that?”

“Well, the truth is, I never really learned to hit a nail with a hammer very well, so it’s just easier to hand my hammer off to someone else in the crew who’s better at it.”

If this was your house, what’s going through your head?

I don’t know about you, but I’d have some serious doubts about a carpenter who can’t hit nails well.

You’d ask yourself, why doesn’t he just take some time and practice hammering nails?  It’s a pretty basic skill. It wouldn’t really take that long…

Mastery of ANY skill starts somewhere.

In basketball, the most basic skill is shooting.

But, if you don’t practice it constantly, the skill never takes shape.

And of course, you need to practice the skill correctly or the result is useless.

Like hitting a nail with the hammer facing sideways.

Here’s how you make sure EVERY member of your “crew” shoots like a pro.

“The Kinetic Shooter” is a video designed to do one thing.

It’s produced by Ryan Borowicz.  Ryan owns a basketball training facility called “The Driveway” and has broken shooting down to a sleek, efficient system.

“This is the best approach and finest teaching on shooting I have seen.  The teaching, demonstration, and drill are superbly connected in this very special video.  I’m genuinely excited by what Ryan Borowicz has done in this teaching video.”

Just like hitting a hammer well, it’s a skill that is acquired over time, and eventually looks effortless.

Ryan’s new video does this for your players.

NEVER assume this basic skill will magically appear on its own.

Plugging this system into your team’s practice takes all the guesswork out!

You’ll instantly see how to incorporate these techniques with your players.

If you truly want to develop your player’s ability to shoot at an elite level, this is the video you need.

Yes, I want “The Kinetic Shooter” for my players!

Scott “be the hammer” Peterman

Ryan Borowicz is the founder and owner of "The Driveway," a 19,000 sq. ft. basketball training center located near Green Bay, WI.  The Driveway offers shooting cage memberships, camps, clinics, individual and small group training, and 3 on 3 leagues.  For more info on Ryan or The Driveway, visit www.drivewayhoops.com.  Ryan has worked with well over 30,000 kids over the past 15 years as a skill development coach and was one of the top shooters in the country as a player at Green Bay (Div. 1).  After his college career, he spent two years playing overseas, where he averaged 24 ppg for his Western Australian Club, getting selected to the league's all-star team and getting an opportunity to compete against the Olympic teams of Spain, Italy, and 2000 Silver Medalist, France.

Great points and drills. It’s great to have another coaches input to show my players that are similar to mine. It helps give them confidence in what we are teaching

I thought that a lot of the content in this video touched on important aspects of shooting that aren't covered in other resources that are devoted to teaching how to shoot.

You just booked "Kinetic Shooter: The Art of using efficient energy and motion in the shot"