Know How to Win: Using Data to Build Your Offensive Game Plan 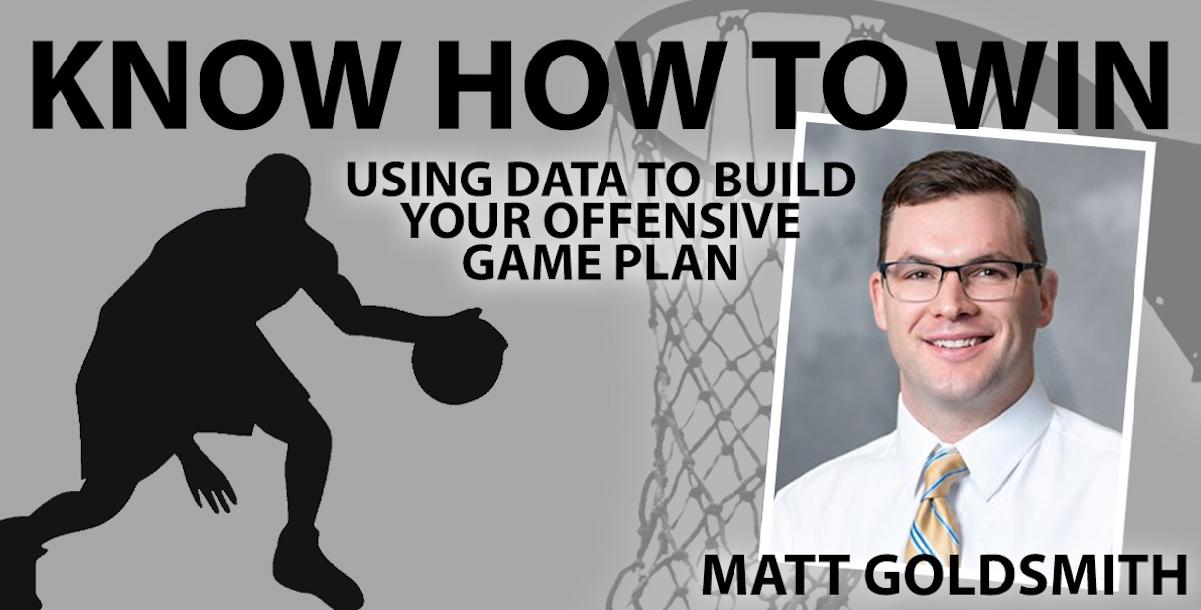 In this course, Coach Matt Goldsmith explains the importance of using data when creating your offense. It can be helpful versus teams you scout, and to know what your team's true strong points are. He even touches on transitions, split cuts, and ball screen plays because the data showed that those were what was making his team successful. If you are a coach looking to find your teams strong points and use them more effectively and to your advantage, then this is the course for you.

Matt Goldsmith led the Lions to a remarkable 2019-20 campaign. TCNJ posted a record of 20-9 and captured its first New Jersey Athletic Conference Championship since the 1997-98 season. The Lions also made their first NCAA Tournament appearance since the '97-'98 season and defeated Marietta in the first round for the program's first tournament victory since 1988-89. The 20 wins marked the highest single-season total since '88-'89. Goldsmith coached Randall Walko to NABC First Team All-America honors. Walko became the program's first all-American since Greg Grant in 1989.

Goldsmith arrived from Amherst College, where he was an assistant coach for three seasons and a member of the Jeffs' national championship team in 2007. Goldsmith returned to his home state of New Jersey, where he was a resident of Morristown and a graduate of Delbarton High School. He is also the founder of GBA and is a camp clinician during the summer months.

Goldsmith enjoyed tremendous success with the Amherst program as an assistant coach and also during his playing career. In his first season on the coaching staff in 2012-13, Goldsmith helped guide Amherst to a 30-2 record and the second national title in program history. The following season, the Jeffs made their fifth appearance in the Final Four and boasted a season mark of 27-4.

In addition to his success with the Jeffs, Goldsmith spent time as a volunteer assistant coach for USA Basketball during the past two summers. In June 2013, he assisted the Men's 2013 FIBA World Champion USA Under-19 National Team. This past summer he helped with individual workouts during practice, while volunteering with the 2014 Men's National Team that captured the gold medal. During those coaching experiences, Goldsmith was able to glean valuable experience and wisdom from elite coaching minds such as Mike Krzyzewski, Jim Boeheim, Billy Donovan, Tom Thibodeau, and Monty Williams.

Game Preparation - Scouting and How To Transfer To Your Team by Basketball Coaches Clinic
Views: 923
(1) FREE

You just booked "Know How to Win: Using Data to Build Your Offensive Game Plan"