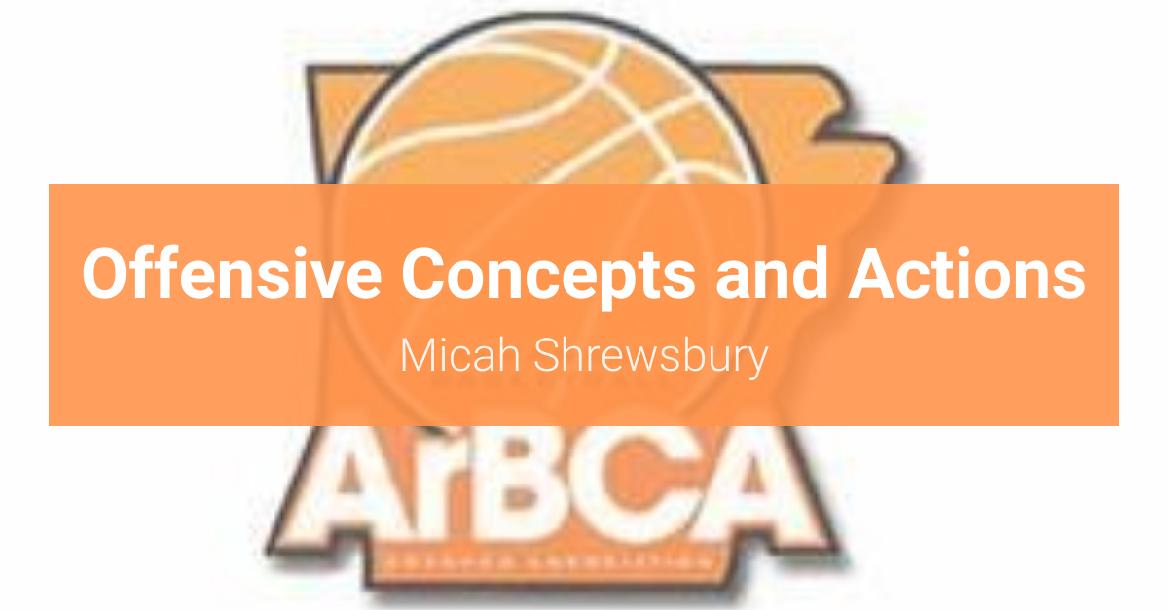 Purdue associate head coach Micah Shrewbury gives you insight and ideas on offensive actions and concepts in this clinic presenation.  Having worked for Brad Stevens and Matt Painter, Coach Shrewsbury shares how he teaches offense, along with some of the special plays and actions used at Butler, Purdue, and with the Celtics.

A year ago, Shrewsberry took over the role as offensive coordinator for the Boilermakers and despite losing three starters, still ranked in the top 50 of offensive efficiency. The Boilermakers finished the season seventh in school history in fewest turnovers per game and posted five wins over nationally-ranked teams.

Shrewsberry has learned from the best coaches in America, spending the previous six seasons as an assistant coach with the Boston Celtics under head coach Brad Stevens. He helped the Celtics to the playoffs in each of the last five seasons, including trips to the Eastern Conference finals in 2017 and 2018. Under Shrewsberry, the Celtics’ offense was one of the best in the NBA this past season, ranking sixth in the league in 3-pointers made and seventh in 3-point percentage. A year ago, Boston was second in the league behind NBA champion Golden State in 3-point percentage.

Shrewsberry returns to Purdue where he was an assistant coach during the 2011-12 and 2012-13 seasons before departing to Boston. He helped the Boilermakers to the second round of the 2012 NCAA Tournament.  Prior to his time at Purdue, he spent four seasons at Butler under Stevens, first as the coordinator of basketball operations, then as an assistant coach for the last three seasons. He helped the Bulldogs to the 2010 and 2011 national championship games before starting his two-year stint with the Boilermakers.

A graduate of Cathedral High School, Shrewsberry began his coaching career in 1999 as a graduate assistant at the University of Indianapolis. After stints as an assistant coach at Wabash College (2000-01) and DePauw University (2001-03), he spent the 2003-04 and 2004-05 seasons as the director of basketball operations at Marshall University. He served as the head coach for IU-South Bend during the 2005-06 and 2006-07 seasons.

Shrewsberry earned a B.A. from Hanover College in 1999 and a master’s degree in sports management from Indiana State in 2003. He and his wife, Molly, have four children: Braeden, Nicholas, Caitlin and Grace.

How to Work on Offense by zakboisvert
Views: 993
(1) FREE