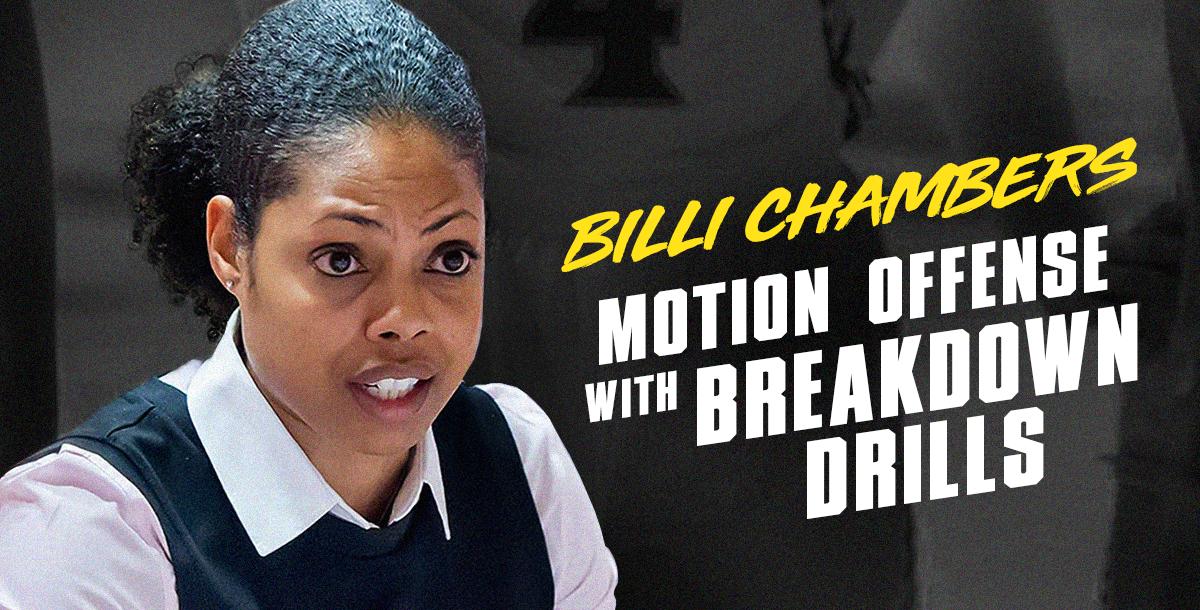 Iona coach Billi Chambers gives you insights, drills, and teaching points for her ball screen offense that allows for balanced attacks from the perimeter and the post.  Coach Chambers shares the basic actions of the offense along with options based on your personnel.  If you are a fan of continuity ball screen offense, you should check this clinic out.

Billi Chambers is the head coach of Iona College.

In her first season with the Gaels, Chambers led Iona to a program record 26 wins and a share of its first-ever MAAC regular season championship. Her 26 wins are the most by a rookie head coach in conference history.

Prior to her arrival in New Rochelle, Chambers served as an assistant coach at Virginia Tech, on Dennis Wolff's staff when he took over the program in 2011-12. The Hokies improved their Atlantic Coast Conference mark in both seasons under Wolff and Chambers.

At UMBC, Chambers served as an assistant coach and recruiting coordinator under head coach Phil Stern for three seasons. During the 2010-11 campaign, the Retrievers finished 20-12, earning the America East regular season championship and a berth into the Women's NIT.

Chambers spent two seasons as an assistant at Molloy College in Rockville Centre, New York. Under the tutelage of Tim O'Hagan, she helped guide the Lions to their first-ever East Coast Conference title and a berth in the NCAA Division II Tournament in 2008. Molloy posted a 34-26 overall record in her two seasons on the bench.