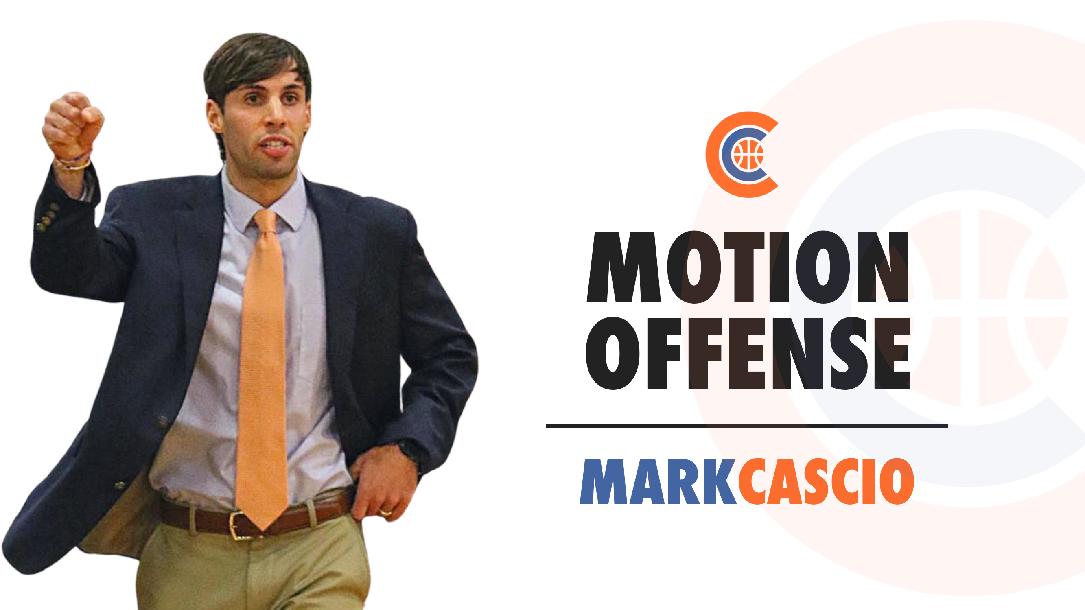 Learn the free-flowing motion offense that incorporates spacing, ball movement, player movement, passing and cutting, and screening. Motion is a great offense to teach players to play conceptually while building their skill level and basketball IQ! In this course you will learn a 5-out, 4-out and Open-post option to allow for ultimate versitilty. This course offers a step-by-step guide to install the cutting game and screening game which feautres down screens, flare screens and ball screens - everything you need to play against packline or pressure man-to-man!

"I love the motion offense for many reasons! First, is unscoutable since it is free flowing and has a built in counter for any defensive coverage. Second, motion incorporates a variety cuts and screens so your teams are prepared to guard any actions your opponent may run. The possibilities for two-way teaching are unlimited!" - Mark Cascio

Mark Cascio is an assistant coach with the Appalachian State University Women’s Basketball Program. Previous to coaching collegiately, Coach Cascio was a head high school coach for 15 years. During his eight seasons at Catholic High School, the basketball program has experienced unprecedented success of 5 District Titles and 3 Final Four Appearances. Prior to Catholic High School, Coach Cascio became the youngest coach in the history of Louisiana to win a State Championship when he led Christian Life Academy to a 2012 Title. His tenure at CLA also included another Final Four Appearance and back-to-back-to-back district championships. Prior to becoming a head high school coach, he served at the youth, high school and AAU levels.

Over the years, Coach Cascio's success and style of play garnered attention from coaches at all levels. As he began to network with coaches around the country, he became passionate about sharing the game. He now provides modern mentorship for modern basketball through his business, Courtside Consulting.

In the last year, Coach Cascio has conducted hundreds of webinars and traveled the country leading clinics for coaching staffs ranging from Professional to High School levels.