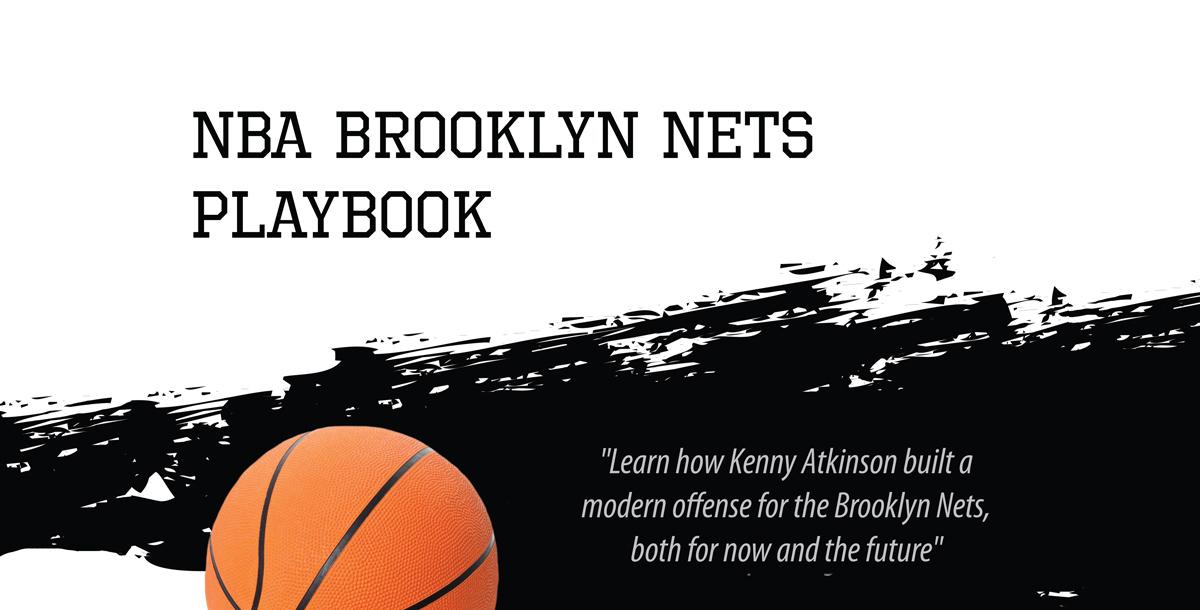 What do you know about the Brooklyn Nets Offense and its second-year coach, Kenny Atkinson?

Coach Atkinson has developed the Brooklyn Nets Offense into a player-friendly read and attack system. I think that the Nets Offense is a glimpse into the future, so you better check it out. If you aren’t running this offense, then you will be defending against it soon.

Last year, the Brooklyn Nets led the NBA in pace and ranked high in other offense-volume statistics. Coach Atkinson has developed a system that can be used even with roster turnover in future basketball seasons.

The Brooklyn Nets Offense uses ball movement, spacing, and teamwork. There are no set plays, but the only initial movement. The Nets have to read the defense to find the best shot for their team. Each different set has numerous options in it.

160 NBA Actions for you to digest! Buy it here!

Where does the Brooklyn Nets Offense come from?

The primary system comes from Mike Budenholzer. Several of the Nets' key actions come from the Atlanta Hawks Playbook, but with their own Brooklyn style. Coach Atkinson runs a motion offense that is free-flowing and very fast paced. The coaches encourage each player to shoot his shot if he is open.

Most of the Brooklyn Nets Offense has two primary actions: strong and weak.

In the strong set, they reverse the ball side to side, with a post player on the block and the wing in the opposite corner.

The weak set is where the post-up player and corner player are on the same side of the court. This type of set will allow a quick point guard to open up the offense.

The Nets Offense will also use the Horns set, pick and pop, and pick and roll type sets.

The main thing that I noticed from the Nets offense is that encourages players to create and attack the defense. Any player can bring the ball up and start up the offense. Some big men even bring the ball up. There are no bad shots, just bad decisions.

Coach Kenny Atkinson’s offense doesn’t limit players, but it expands their game, and the players welcome it.

Why should your team look at this Brooklyn Nets Offense?

The Nets are treating this NBA franchise like a “program.” They are following the San Antonio Spurs approach where you can plug anyone in their system, and they can run it. The offense is involved, but it will pay off in the end for your team.

Kenny Atkinson comes from the Gregg Popovich coaching tree and is a child of the Mike D’Antoni tree too. The offense will be the fastest pace in the NBA. This attack will allow a team that is devoid of stars and sheet talent to succeed.

The Brooklyn Nets are finally modern. It’s your time now!

Not to bad. Overall a pretty decent investment.