NBA Defense for All Levels: 6 Defensive Questions Every Coach Should Answer 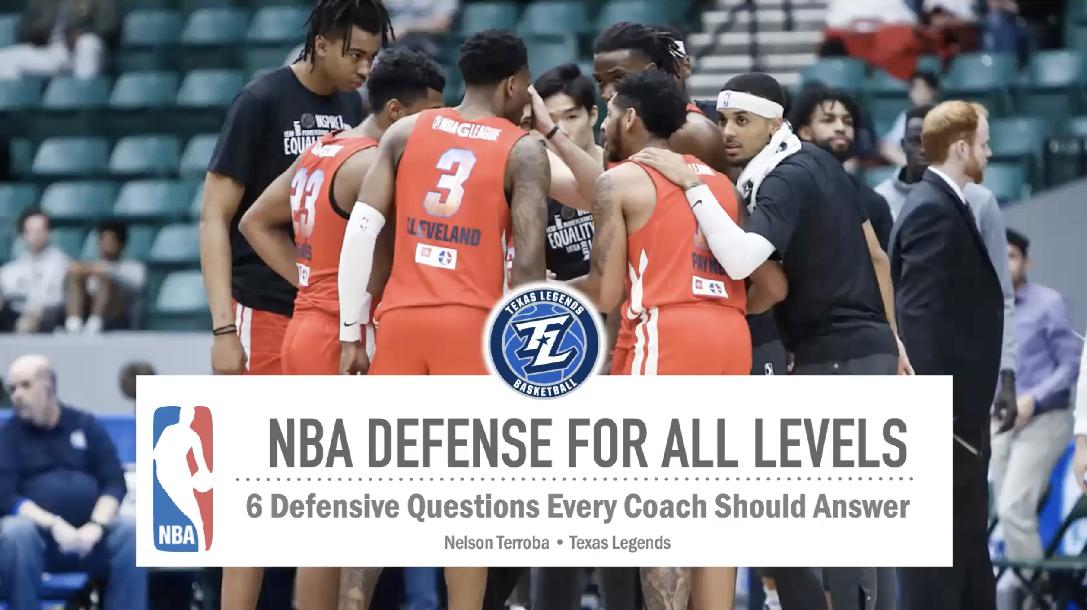 NBA Defense for All Levels: 6 Defensive Questions Every Coach Should Answer

Terroba is currently an assistant coach and defensive coordinator for the Texas Legends of the NBA G League. The Legends are the G League affiliate of the Dallas Mavericks. Prior to joining the Legends, Terroba spent two years as the head coach and general manager of the St. John Riptide in the National Basketball League of Canada (NBLC). Under Terroba’s leadership, the Riptide qualified for the playoffs in both of the seasons he was with the team. Additionally, the team finished second and first in overall defense in the league during his tenure. Terroba also spent one season with the Erie Bayhawks - the NBA G League affiliate of the Orlando Magic at the time - as the assistant coach and video coordinator. He has also coached with the Bakersfield Jam (now the Northern Arizona Suns) of the G League as a video coordinator.

After graduating from the University of Texas, Terroba joined the Texas Longhorns men’s basketball program where he served as an assistant under coach Rick Barnes. During his time with the Longhorns, he directed the Longhorn summer basketball camp, was responsible for video exchange, scouted opponents and helped in producing recruiting materials.

Terroba is the founder of Hoops 101 Basketball,LLC. He has served on staffs on every level from middle school all the way up to the NBA D League.

A respected teacher of the game, he has served as a defensive/offensive clinician at Snow Valley Basketball School and as a site coordinator/basket instructor for Point Guard College.

You just booked "NBA Defense for All Levels: 6 Defensive Questions Every Coach Should Answer"